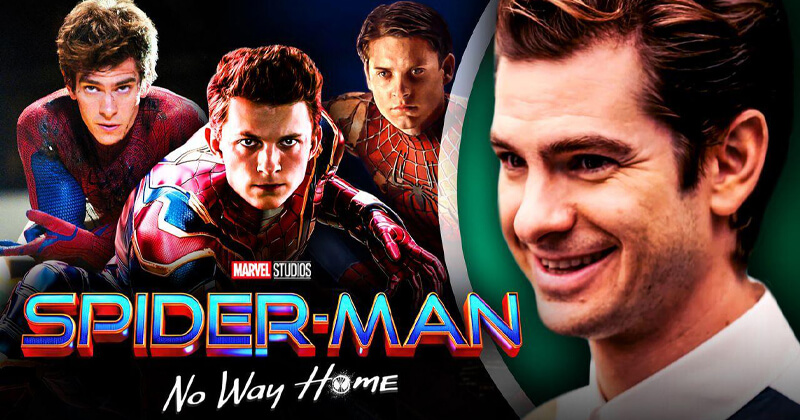 After Tom Holland talked about Tobey Maguire’s involvement a few days ago, this time it is Andrew Garfield who is speaking openly about his return as Peter Parker in Spider-Man: No Way Home in a long exclusive interview granted to Variety.

After denying for almost a year his participant in the movie directed by Jon Watts (obviously to surprise the audience as much as possible), Garfield has in fact again portrayed his variant of the famous superhero, thus giving the public a way to get passionate again about the character whose story is still pending after The Amazing Spider-Man ended with the second chapter. (However, it is rumored that Sony would be thinking of bringing Garfield back in the future with a new film after the excellent reception of the public towards him.)

During the interview, Garfield talked about his first discussions with Kevin Feige of Marvel Studios and Amy Pascal of Sony, who brought him back to Spider-Man: No Way Home with a bigger role than just a simple cameo. “It was immediately undeniable. It sounded incredibly fun, incredibly spiritual — trippy and thematically interesting. On a base level, as a Spider-Man fan, just the idea of seeing three Spider-Men in the same frame was enough,” he said.

Garfield, along with Feige, Pascal and Watts, talked about what the role of his Peter Parker would be. His Spidey is a character who has to deal with two other versions of himself, and certainly does not have an easy life.

“We talked a lot about mentorship. We talked a lot about brotherhood and about what it is to be the older brother, younger brother and the middle brother. There’s also a thing of seeing someone you love walking down a path that you’ve already walked down, and you know it doesn’t lead the place where you ultimately meant to go,” Garfield continued.

The actor then spoke of the return of Tobey Maguire, the “original Spider-Man” of the trilogy directed by Sam Raimi in the 2000s whose narrative universe, just like that of Garfield, is now canonical with the Marvel Cinematic Universe.

As revealed by Garfield, the two of them were physically on set for a couple of weeks, and Garfield is happy that their appearances were not limited to cameos only.

“My Spider-Man got to save his younger brother’s romantic relationship, potentially. And to heal the most traumatic moment of his own life through doing it for his younger brother. Making sure that he didn’t have the same fate, there’s something cosmically beautiful about that. It meant getting a second chance at saving Gwen,” the actor shared.

Speaking of Gwen Stacy, Garfield answered a question about Emma Stone’s possible involvement in No Way Home, which was widely rumored in the past. The rumors also involved Kirsten Dunst as Mary-Jane Watson, who, like Stone, eventually did not appear in the film. “Gwen had agency. In our film, on her final day, she shows up. I tried to restrain her from showing up to that scene with Electro. I knew that it was too dangerous, but she chose to be there. She had a hand in her own destiny in that way, and the movie is about fate,” said Garfield. “I will say the image of my catching [Zendaya’s] MJ — that was really beautiful and it kind of sold me on the whole thing.”

During the same interview, when asked about whether he was willing to return in the future as Spider-Man, the actor said he was certainly open to the idea.

“I mean, yes, definitely open to something if it felt right,” he added. “I would try to borrow Peter Parker’s ethical framework in that, if there was an opportunity to step back in and tell more of that story, I would have to feel very sure and certain in myself.”

The question above is an obvious reference to the recent mass movement that took place on social media, where many Spider-Man fans have clamored to Sony to reconsider the never-made The Amazing Spider-Man 3 through the hashtag #MakeTASM3, or any other project that could star Garfield as this superhero. Needless to say, the actor is definitely ready to be Peter Parker again in the future, as we discover from his words.

Andrew Garfield has just won a Golden Globe award for Best Performance by an Actor thanks to his outstanding performance in Tick, Tick… Boom!.