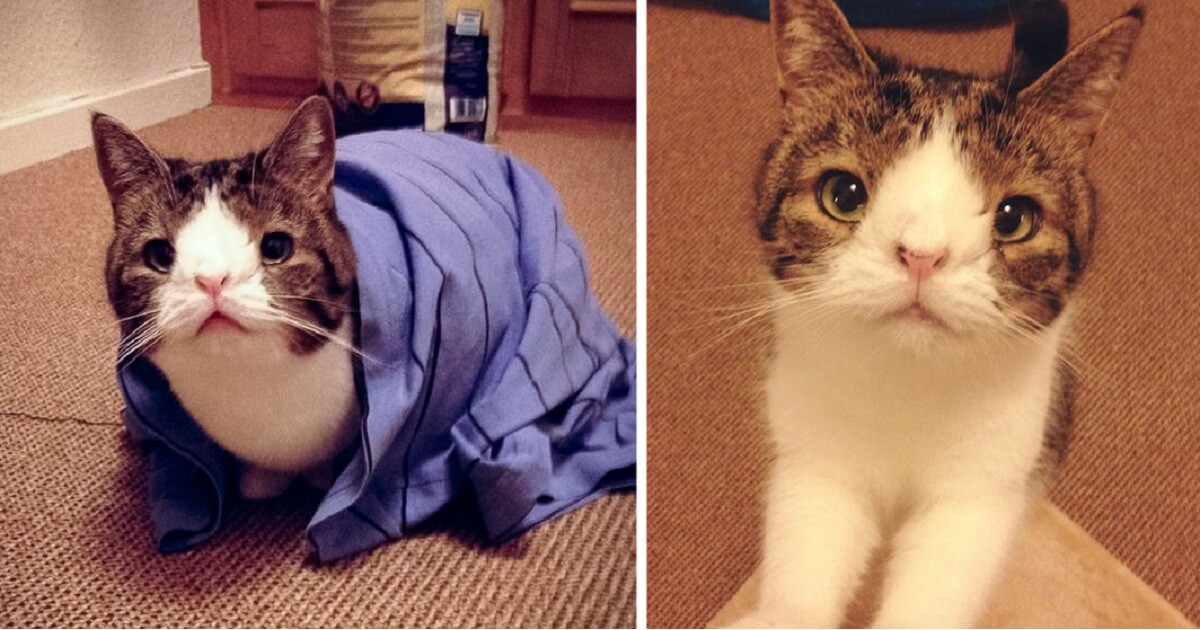 Meet Monty, the cutest little cat with the most unique looking face! He has a rather unusual face that makes him a special and adorable cat.
Monty was rescued from a Copenhagen, Denmark animal shelter a few years ago by Michael Bjørn when he and his partner visited a local shelter. They discovered a small cat Monty– unlike any other they had ever seen.
Due to an abnormality known as chromosomal, he was born without a nasal bridge or nose bone. Even with this abnormality, Monty can breathe normally and is healthy. Monty is also a very cuddly cat and if he had his way, he would stay in bed all day, cuddling with his owners, how sweet is that? Monty has a friend with the same chromosome disorder and she is just as cute as he is.
The interesting story of Monty should be an inspiration for humans to accept the shortcomings and carry on living life passionately and positively. This adorable cat has all these qualities that make him a loving and caring cat even if he has some physical features that are not perfect according to the world.
These pictures from Monty’s Facebook prove this kitty is beyond fantastic!
More info: Facebook | Rageon.com

Monty boy was rescued from an animal shelter “Monty was born without a nasal bridge (the bone in the nose) which affects him now and then and makes him sneeze a bit.” Nevertheless, “his personality, he showed from the very beginning, is rare as a diamond!” The interesting story of Monty should be an inspiration for humans to accept the shortcomings and carry on living life passionately and positively. Watch video about Monty below!