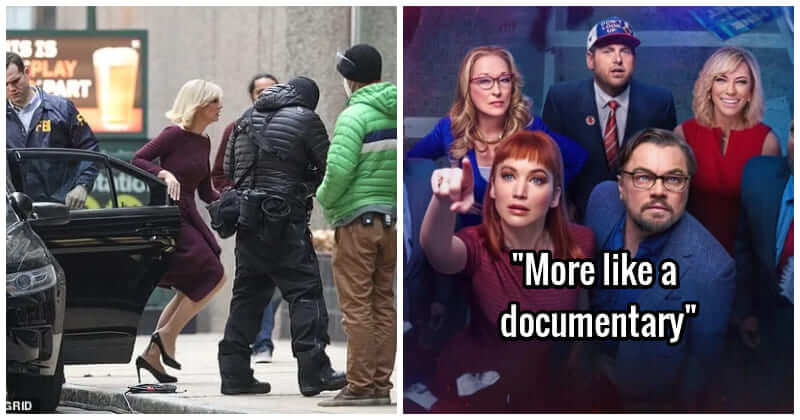 Much of what happens in the new comedy Don’t Look Up plainly satirizes reality, but the movie seemed a touch too realistic for Cate Blanchett at moments. Blanchett, who is part of the movie’s ensemble cast, spoke about the popular Netflix Original in a recent conversation with Jimmy Fallon on The Tonight Show. According to the actress, the storyline felt so serious as production progressed that it began to feel like a documentary. “That’s the thing. Adam wrote this a couple of years before the pandemic, and every second that we’re on set, it became less and less like a satire and more and more like a documentary,” Blanchett said. “Even when he was in post, there was a comet that was in the earth’s orbit that was deflected, I don’t know, by the Chinese, by the Russians, by chance. You know, all of these things happening.”

She elaborated on her role in the film, “I’ve got a really beautiful little nugget of a role-playing an entertainment news host, which was very fun. But, you know, I guess that we all wanted to be part of it.” Blanchett is nominated for Best Supporting Actress at the AACTA International Awards for her performance in the film. She is also nominated for Best Acting Ensemble at the Critics’ Choice Movie Awards and the Hollywood Critics Association, together with the rest of the ensemble. At the American Film Institute Awards, Don’t Look Up was chosen as one of the best 10 films of the year. Don’t Look Up is available on Netflix, where it is now one of the streamer’s most successful films, alongside Red Notice and Bird Box. It was recently revealed that the movie has risen to become the third most-watched item on Netflix in less than 2 weeks, making it an immediate triumph for the streaming service. Critics and audiences are divided on the brilliance of Don’t Look Up as a comedy, since this style of satire works better for certain audiences than others, but Netflix must be satisfied with the performance. American Music Awards: Chris Brown Was Booed By The Audience When He Won The Cup

10 Movies So Bad Even The Actors Can’t Stand Them