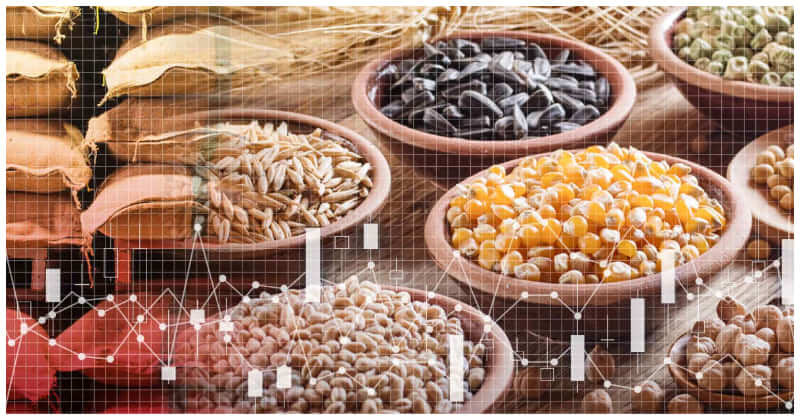 According to information from the Food and Agriculture Organization of the United Nations (FAO), in May 2021, prices have reached the highest point since 2011, after a 40% rise in 12 months. Apart from factors such as supply chain bottlenecks, labor shortages and severe weather, China’s hoarding of key commodities is also responsible for the current price rush.

The US Department of Agriculture says China will hold 69% of the world’s corn, 60% rice and 51% wheat stocks by mid-2022. By China’s own estimates, these stocks are even at the highest level in history and contributed to the rise in global food prices.

China is holding large amounts of food. To the nation of billions of people, stockpiles play a role in reducing pressure from major food exporters like the United States.

Besides China, many other countries are also starting to stockpile food, especially as the disruptions caused by Covid-19 continue. In June, the United Nations’ food agency warned that low-income economies would face a 20% increase in food import prices.

While the report doesn’t single out any country as responsible, China – as the world’s largest importer of agricultural products – certainly plays an important role. In 2022, it is very unlikely that prices will cool down due to many reasons. One major factor was the outbreak of swine fever in China in 2018, halving the country’s hog herd. The event forced the country to import more pork and alternative sources of protein (primarily poultry and fish), along with grain to feed their hog herd through 2019 and 2020, reducing the global food reserves.

Another factor is a series of problems emerging when international trade reopened quickly amid Covid-19 complications. The lack of containers, as well as the continued suspension of many passenger planes, makes it difficult to transport fresh fruits and vegetables.

Staples like grain and sugar are shipped in bulk on giant ships, but with limited capacity. Meanwhile, oil prices have rebounded, fueling inflation in everything from fertilizers and chemicals to transportation costs.

But perhaps the biggest cause is still weather. In early 2021, prices were up in part due to drought in the grain-producing regions of North and South America. Growing and harvesting conditions improved throughout the year yet scientists now anticipate a high chance of another c during the winter.

Meanwhile, more frequent disasters caused by climate change, such as floods and wildfires that occurred frequently in 2021, could have a more severe impact on the world’s bread production during the time.

Cat Gets Depressed After Owner Dumped Him For A New Couch

Cat Knows How To Ask His Owner To Give Him Treats