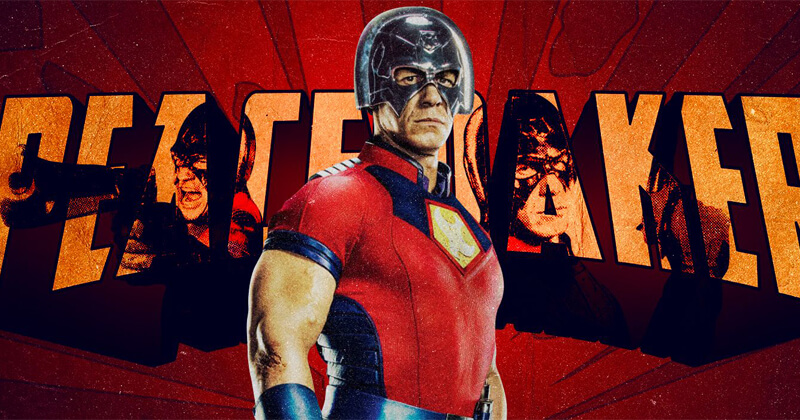 In September 2020, director James Gunn announced a surprising novelty related to The Suicide Squad: a spin-off for the streaming giant HBO Max dedicated to Peacemaker, the character played by John Cena who has won numerous fans.

The series, written entirely by James Gunn (who has directed many episodes as well) will be released on January 13 in the US, while there are still no actual confirmations regarding the arrival in other countries. Recently, the American press had the opportunity to preview 7 episodes out of 8 (some journalists only watched three), and the verdict seems to be decidedly positive!

According to what we can read, the series is fierce, hilarious, and deeply touching with John Cena perfectly placed in the role of Peacemaker. Also, it may be James Gunn’s best work in terms of writing. Notably, the review aggregator Rotten Tomatoes has certified Peacemaker as “Fresh” with 92% positive ratings from American critics.

However, there was no lack of criticism, relating for example to the clear change of tone between the Peacemaker of The Suicide Squad and the lighter and more easygoing version of one in the series.

Here are some remarkable comments from the press, let’s scroll down and check them out!

We’ve seen the first seven episodes of @jamesgunn‘s #Peacemaker and can tell you, that it is a crude, irreverent, and profoundly thoughtful meditation on what it means to be a third tier superhero. This is the best thing from DC since…ever.
⁠
Stay tuned for our full review. pic.twitter.com/5qXePCSLTo

I guess we can talk about this now.

I LOVE #PEACEMAKER. @JamesGunn gets both darker and more heartfelt with his TSS spin-off. But don’t take my word for it, @heyitsjennalynn wrote a bunch of much better words here: https://t.co/juqS1v142I

I don’t know how @JamesGunn did it but #Peacemaker feels like a deranged workplace comedy with a heart of gold and I love it. Full review:https://t.co/FgcZ5Ezu18 pic.twitter.com/mpBgQ9RUVA

My spoiler-free review of #Peacemaker is here for @slashfilm. I absolutely love this series and I have so many questions I want to ask @JamesGunn. Wow. Wow wow wow. Y’all aren’t ready for this. https://t.co/mIUW0V5qP1 pic.twitter.com/EjGRe6AWCF

I didn’t think #Peacemaker would be my kind of show, but goddam @JamesGunn knows how to balance inappropriate fun and heart in the best way possible. Also, the choice of music throughout the series is a whole ass mood… and you’re gonna REALLY enjoy the opening credits. pic.twitter.com/Xh1jUb4twV

#Peacemaker is a great follow-up/companion to The Suicide Squad. It’s violent, raunchy and pretty funny. John Cena is awesome in this irreverent, wacky series that doesn’t hold back on the DCEU and the superhero genre. Whole team/cast is great. Plus, Eagly FTW. @DCpeacemaker pic.twitter.com/Y6uiKZyto5

The @DCpeacemaker series is AWESOME! @JamesGunn follows #TheSuicideSquad with a dirty, raunchy, extremely funny show that’s surprisingly warm & wholesome in the right ways, while talking about generational trauma & abuse. @JohnCena is equally a riot & emotional as the main dude. pic.twitter.com/m9cILyT7ur