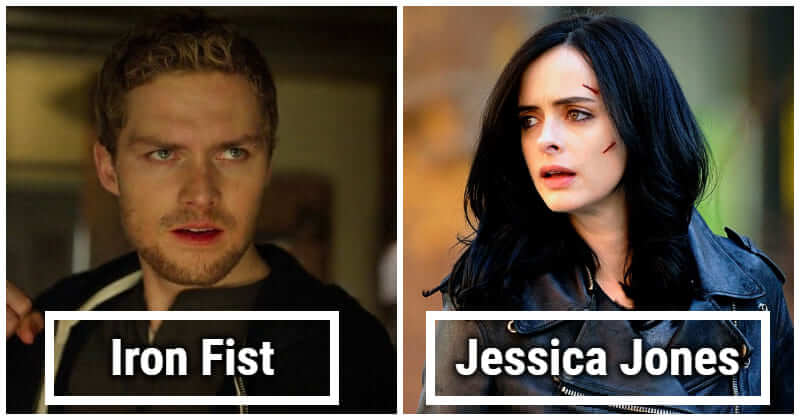 Before Marvel collaborated with Disney+ to produce a Marvel series on this new streaming platform, Netflix has already had its own superhero series since 2015. Daredevil, The Punisher, you name it.

Of course, since they are exclusive series on Netflix, there are some fresh new characters that are created only for these series. However, fans are so fond of these characters with amazing powers and they want these new roles to make an official appearance in MCU movies.

How amazing are these fresh new characters? Let’s scroll down to find the answer! Possessing amazing durability and strength, Jessica Jones, played by Krysten Ritter, is the main character in the Netflix series Marvel’s Jessica Jones. She is able to lift tons with just a little effort and is impressively resistant to certain injuries. Punisher (Frank Castle), played by Jon Bernthal, is creating a huge sensation in the Marvel fans community with his formidable mastery in combat, assassin, and knife skills. The spotlight of the Netflix series Marvel: Iron Fist goes to, of course, the main character Iron Fist. Basically the most anticipated character of the whole series, Iron Fist is in possession of incredible abilities like acrobatics, martial arts, and superpowers such as invulnerability and healing.