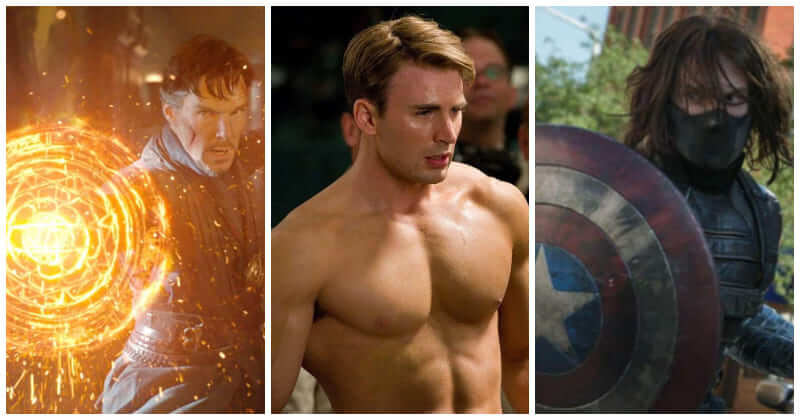 Superheroes are often fictional characters in movies or comics who possess superpowers such as being as fast as flash and getting bigger and stronger when being mad. Because we don’t think they are real, we tend not to notice how they have those incredible powers and how the powers work.

Some sound unbelievable but interesting, and you could have a better understanding of these characters. In another hypothesis, powers that are explained in superhero movies could be a hope for our future science. Maybe in the future, we could have the ability to transform when getting angry like Hulk or travel through the multiverse like Doctor Strange. Is that interesting? If you also like it, let’s keep reading to know how our MCU heroes use them.

The two main superpowers of Ant-Man are changing his body size and talking to ants. The first one occurs thanks to Pym Particles developed by Hank Pym. The second is thanks to his helmet’s ability to send EMPS. Basically, the helmet can use electromagnetic waves. The Winter Soldier is Hydra’s best attempt at recreating the Super Soldier Serum. But, he was experimented on and turned into the Winter Soldier – a brainwashed Soviet assassin. It could be said he is now Captain America’s equal physically. But with his metal arm, he could be stronger than Steve. This serum is created by the American government in making attempt to create strong soldiers. Luckily, it works very well in Steve Rogers.

Moreover, this serum serves two purposes. The first is strengthening human physical, mental health, speed, and intelligence. The second one is enhancing everything in the person, including their characteristic. That’s why Red Skull became a worse guy while our Captain America became a hero.

#4 Captain Marvel has 2 types of blood: Human and Kree, which give her incredible powers Captain Marvel received the power of Light-Speed Energy. But worried about her powers, the Kree took her home and gave her a blood transfusion to make her half-Kree. After a miserable accident, Doctor Strange eventually went to Kamar-Taj where the Ancient One agreed to train him in the ways of the mystic arts. Then he is now proficient in magic, but this also takes portions of the sorcerer’s own life force gradually. Therefore, when Doctor Strange uses Eldritch magic to create his sparky orange discs for melee fighting, he is drawing upon energy from another dimension so as not to deplete his own life force.

#6 Falcon’s suit and wings are his powers

Like Tony Stark, Falcon has a suit that his power comes from. His suit and wings which help him fly is equipped with three miniature jet engines.

Pietro and his sister took part in a Hydra experimentation to get revenge for the demise of their parents. That’s why they could get a superpower.

Pietro sees the world in slow motion, so he has time to plan for things he wants to do and react at super speed.

In the process of working with the government in recreating the Super Soldier Serum that turned Steve Rogers into Captain America, Banner accidentally exposed himself to gamma radiation and gained the ability (read: curse) to turn into the Hulk whenever he gets angry. As a King of Wakanda, Black Panther received the heart-shaped herb that bestows upon them super-soldier-level physical enhancements. In addition, the most valuable thing of his inheritance is the Black Panther’s suit, which is naturally able to absorb kinetic energy and store that energy.

#10 Mjolnir, Thor’s hammer is used to channel this God’s power As a young God, Thor still needs some help to realize his own incredible power. That’s why he is given Mjolnir by his father. But due to it, he got lost, he thought that hammer was all power that he got. Therefore, when losing it, he didn’t look like a God. Thanks to the Infinity Stone, Mind Stone, in particular, Vision has incredible powers. He is a synthezoid, which means that he is a hybrid between organic and inorganic matter. He needs much help from the Stone to make it all come to life. She seems to have telepathic and telekinetic abilities. However, what she is really doing is altering reality by manipulating molecular polarity.

15 Funny Tweets That Sum Up Movie Plots In A Nutshell

No Group Can Compare To BTS When It Comes To International Popularity?