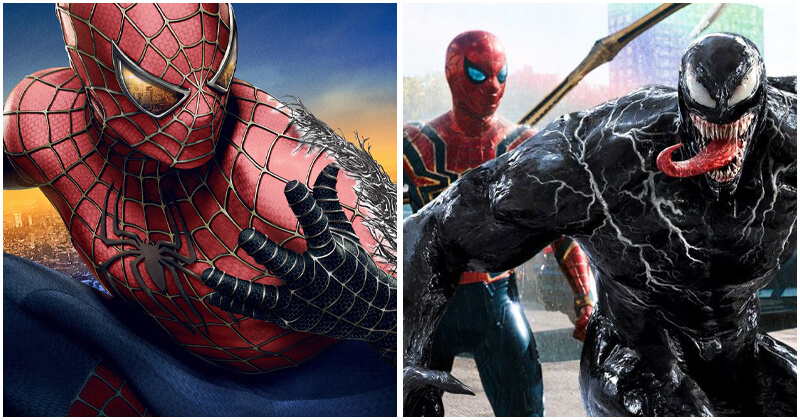 After Tom Hardy and Andy Serkis anticipated an ever richer connection between the Venom universe and the MCU, the post-credits scene of Venom: Let There Be Carnage has established the definitive connection of the two worlds.

In the final scene of the film, Eddie Brock (Tom Hardy) and his symbiote were teleported together to another universe, more precisely the main timeline of the Marvel Cinematic Universe (as fans already know, the MCU encompasses an infinite range of universes beyond what is considered the Sacred Timeline, such as the recently made canonical worlds of Andrew Garfield and Tobey Maguire’s Spider-Man).

In Spider-Man: No Way Home, we discovered that the ones who were brought into the main reality of the MCU are all characters who knew the true identity of Spider-Man aka Peter Parker. They include Green Goblin, Doctor Octopus, Lizard and some others like Venom. However, many viewers are confused about how it is possible for Venom to know the identity of Spider-Man when Eddie Brock comes from another universe and has never had anything to do with Tom Holland’s Peter Parker? The explanation is here, and it presents a direct reference to the nature of the Marvel comics’ symbiotes as well as a link to Sam Raimi’s historic Spider-Man 3.

In the first post-credits scene of Spider-Man: No Way Home, we find Eddie Brock missing somewhere in Mexico in the main timeline of the MCU, as confirmed by his brief dialogue with the bartender during which the Avengers, Thanos and the Blip are mentioned.

Eddie claimed that he wanted to go to New York to talk to Spider-Man, an obvious reminder that Venom recognized him a few hours earlier from the TV reports, but he didn’t have time to leave the bar and he was teleported out of it again. The reason is obvious: at that moment, Doctor Strange (Benedict Cumberbatch) cast the final spell that made Spider-Man forget who he was, and it brought all visitors back to their respective universes, including Eddie and Venom. As previously stated, in the final scene of Venom: Let There Be Carnage, the symbiote appeared to have a memory of Spider-Man even though the two never made contact, which raised some questions among the audience. In a recent interview with Variety, No Way Home writers Chris McKenna and Erik Sommers discussed various curiosities related to the film including the union with the events from Venom 2, and they even explained why the symbiote was catapulted into that size.

As suggested by the final scene of Venom 2, Tom Hardy’s Venom does not directly know Spider-Man in his universe, but the symbiotes have a kind of collective consciousness that expands into multiple universes. Therefore, we can say that Venom “knows” the identity of the superhero thanks to the variant of the symbiotes seen in Sam Raimi’s Spider-Man 3. “The idea is that the symbiote has knowledge of other universes. Buried in his brain is some knowledge of that connection,” McKenna said.

The collective consciousness is a detail already present within the Marvel comics, and the same characteristic of the symbiotes has been transposed to the big screen. It cannot be ruled out that this element will also be resumed in the future with Venom 3 or with the next Spider-Man movie of Marvel Studios, which was already confirmed without a release date.

During the interview, McKenna and Sommers also stated that they seriously considered putting Brock/Venom in a bigger role in No Way Home, particularly during the final battle at the Statue of Liberty. However, they later decided to focus on many other characters who were already present.