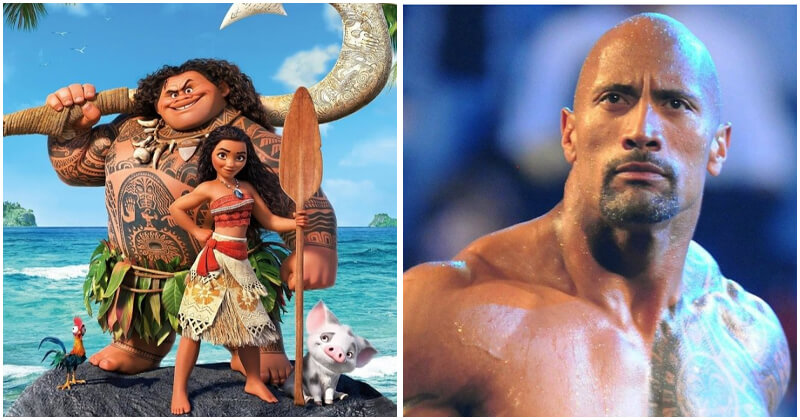 After hitting the big screen in November 2016, “Moana” has achieved many outstanding achievements and once again cemented Disney’s position as one of the most influential animation studios. With the compelling storyline and the good-life lessons it conveys, this movie successfully captured the hearts of people of all ages.

Even if you are a loyal Disney fan who has seen “Moana” multiple times, there are still plenty of secrets and interesting facts about it that you may not have heard yet. Go down the page to discover 10 fascinating things many fans didn’t know about Disney’s “Moana”, and feel free to let us know which one amazes you the most in the comment section!

#1 Disney hired a team of astronomers to work for “Moana” “Moana” is estimated to take place about 2000 years ago. At that time, there was no information technology and people could not rely on “Google maps” or GPS to determine the location, the only way to find the direction was to read the stars. Therefore, Disney hired a group of astronomers to get their opinions on what a South Pacific night sky might look like if someone like Moana could actually set sail. This detail shows just how meticulous Disney is in creating its movies! According to the Polynesian language, Moana means “ocean” or “large body of water”. Only this name is enough for Disney to show the main story of the movie, right?

#3 The song “Shiny” was inspired by “Under the sea” The song “Shiny” is about Tamatoa – a crab and his love for collecting riches below the sea. Its composer, Lin-Manuel Miranda once shared that he got the inspiration from another Disney movie – “The Little Mermaid”, especially the song “Under the sea”. From the very beginning, Disney decided that “The Rock” was the only actor who could play Maui. Therefore, no auditions took place and no actors were invited to voice this character. In the end, “The Rock” did not let Disney down with his outstanding performance.

#5 Flounder from “The Little Mermaid” makes a cameo in “Moana” In a scene when Maui brought Moana to a 2D, animated world with his magic, Disney fans easily find out the adorable fish Flounder by his signature blue and yellow stripes. If you are a music lover, you must be very familiar with Lin-Manuel Miranda, right? He composed many famous songs, including the music of the Tony-Award-winning show “Hamilton: An American Musical”. Moreover, he’s also a songwriter for many Disney movies and it took him 8 years to work on “Moana”. To find the inspiration for Moana’s setting, Disney directors did a trip to South Pacific. After visiting several places, the Disney animators decided to sketch and color the fictional islands in Moana based on the New Zealand islands.

#8 Moana is voiced by a South Pacific native Auli’i Cravalho, a 16-year-old girl with her Hawaiian background and culture, was chosen by Disney to be the voice actress for Moana after surpassing hundreds of other bright candidates. Her song “How Far I’ll Go” has received a lot of love from the audience.

Disney filmmakers took the real demi-god Maui as a model to create Maui. According to Polynesian legend, Maui was the son of a god and a mortal woman. This semi-god created many islands as well as aided many humans on his journey from earth to heaven. Maui’s song “You’re Welcome” also captures this ancient myth.

#10 Polynesian culture is shown throughout the movie If you take a closer look, you can see the huge Polynesian influence on “Moana” in many aspects. The myths in the film are all based on ancient Polynesian tales. The characters’ names, as well as their costumes and the soundtrack, are also inspired by traditional Polynesian clothing and music. The film’s audiences have expressed their appreciation for these Disney’s great efforts.