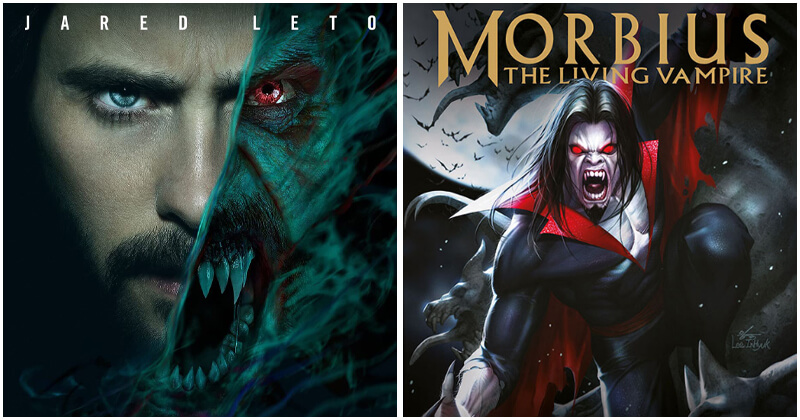 Less than a month before the release of Morbius, Sony Pictures has announced a new postponement for the film dedicated to the Living Vampire. Accordingly, the new release date in the United States has been set for Friday 1 April 2022.

As reported by Variety, Sony’s choice to delay Morbius seems to be linked to the dizzying increase in cases of the global pandemic in the United States which, similarly to many other countries, is registering a significant growth in cases related to the new Omicron variant. Furthermore, Sony is not intent on stopping the run of Spider-Man: No Way Home, which is currently reaping remarkable revenues in theaters around the world. Morbius is directed by Daniel Espinosa and stars Oscar-winner actor Jared Leto as the Marvel antihero. Joining him are Tyrese Gibson, Matt Smith, Adria Arjona and last but not least Michael Keaton, who will reprise the role of Adrian Toomes aka the Vulture – an iconic character he already portrayed in Spider-Man: Homecoming for the Marvel Cinematic Universe.

The inclusion of Michael Keaton, as well as the hint from Venom: Let There Be Carnage‘s post-credits scene, could open up some very interesting scenarios for the audience to understand how Morbius will be connected to the MCU. As mentioned above, Morbius will hit US theaters on April 1st.

You can read the synopsis of the movie here:

“One of the most compelling and conflicted characters in Sony Pictures Universe of Marvel Characters comes to the big screen as Oscar® winner Jared Leto transforms into the enigmatic antihero Michael Morbius. Dangerously ill with a rare blood disorder and determined to save others suffering his same fate, Dr. Morbius attempts a desperate gamble. While at first it seems to be a radical success, a darkness inside him is unleashed. Will good override evil – or will Morbius succumb to his mysterious new urges?”