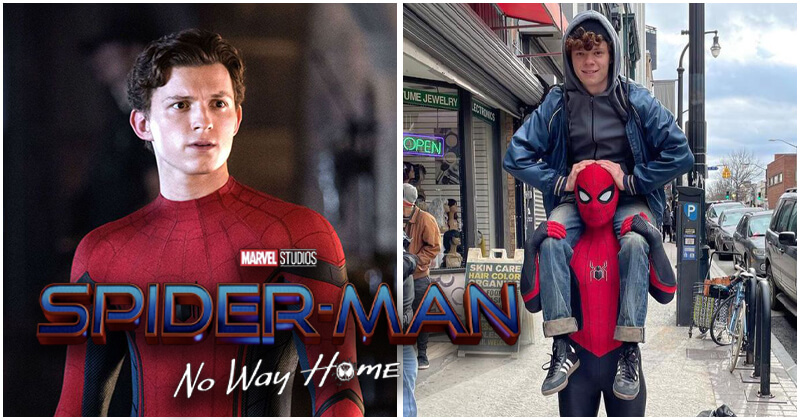 Despite what has been announced in recent months, it seems that the epic Spider-Man: No Way Home is missing a name in the appeal.

Remember that time when Tom Holland’s younger brother Harry was spotted on the film set in an unspecified role? His shot later was excluded from the final editing of the movie, but thanks to a new behind-the-scenes video that emerged on the internet lately, we can now admire the stunt featuring this young boy. In the video, Harry Holland as a thief is hanged upside down -which should have been the culmination of a short yet exciting chase. You can see it below:

Several weeks before the film’s debut, Tom Holland himself even shared a funny anecdote relating to this scene:

“We cast Harry and he’s on set. I go up to the stunt coordinator and I’m like, ‘Please just whatever you do with the stunt, make it so he’s upside down.’ We’re doing the scene. Harry’s upside down swinging back and forth. Bless him, he’s doing a really good job,” the Marvel star said while chuckling. “And as the day’s going on he’s got these lines and he’s starting to forget his lines and his eyes are about to pop out of his head.” Spider-Man: No Way Home was directed by Jon Watts, who returned to the director’s chair for the third time after Spider-Man: Homecoming and the latest Spider-Man: Far From Home. In the cast, Tom Holland returned to his iconic role, joined by most of the actors seen in the previous chapters including Zendaya, Marisa Tomei, Jacob Batalon, Tony Revolori and Jon Favreau. The blockbuster was produced by Marvel Studios President Kevin Feige and Sony Pictures’ Amy Pascal and is currently in theaters.