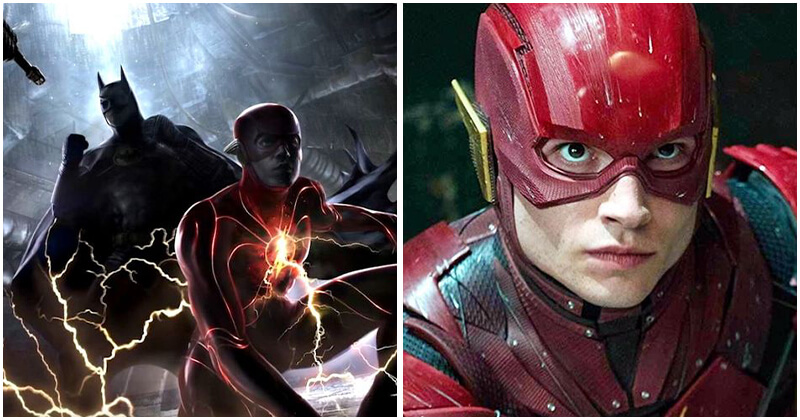 We’ve known for some time that the highly anticipated The Flash will have a major impact on the future of the DC Extended Universe. However, it seems that this influence may be far more remarkable than our original thoughts.

According to rumors that have emerged in the last few hours, the movie would represent a soft-reboot of the entire DC cinematic universe, thus taking a step back and erasing all previous films directed by Zack Snyder from the continuity of this universe. At the dawn of the franchise, director Zack Snyder was entrusted with the task of setting the guidelines for the entire DCEU, inaugurated by two movies Man of Steel and Batman v Superman: Dawn of Justice. Later, due to various senior management changes at Warner Bros., Snyder was eventually sacked from his role and only returned years later to complete his personal vision with the controversial Justice League.

It is well known that Justice League was born as an apocryphal project and Warner Bros. didn’t consider it canonical in the new direction of the DCEU. However, if the rumors mentioned above are confirmed, the same fate would also happen to Snyder’s other films. Notably, it would also imply the total removal of Ben Affleck’s Bruce Wayne aka Batman and Henry Cavill’s Superman from the continuity of the DCEU.

The rumors were reported by famous insider MyTimeToShineHello on Twitter.

I don’t usually tweet about DC stuff but I habe a friend who have seen The Flash and the movie will erase every movie Snyder has done. Man of Steel, Batman v Superman and Justice League never happened now. Erased from continuity. Affleck and Cavill are both gone

Man of Steel may no longer be considered canon in the DCEU, but it was recently announced that its two villains – General Zod played by Michael Shannon and his lieutenant Faora-Ul played by Antje Traue – will be featured in the upcoming The Flash. The details surrounding this new film’s plot are still scarce at this moment. And although all this scattered information can lead to some confusion, it remains undoubted that The Flash will be the starting point for all future films and series of the DCEU and other collateral universes of DC.

Of course, we can not forget other DC movies released lately such as Suicide Squad, Aquaman, or Shazam!… Too many pieces are still missing to be able to get a clear idea of ​​the new direction taken by Warner Bros. and DC films. We just have to wait for new events to evolve to come up with the necessary considerations. The Flash is directed by Andy Muschietti with a screenplay written by Christina Hodson. In the cast, we will see Ezra Miller as the Scarlet Sprinter. In addition, Michael Keaton has been officially confirmed to return in his iconic role Batman after 33 years, and Ben Affleck’s Batman will also be presented as the mentor of the young protagonist. Among the new entries, we will see the debut of Sasha Calle in the role of Supergirl.

Rounding out the cast is Ron Livingston who will replace Billy Crudup as Henry Allen, Kiersey Clemons who will return as Iris West after her recent cameo in Zack Snyder’s Justice League. Saoirse-Monica Jackson and Rudy Mancuso in unannounced roles will also be part of the film, while there are some rumors involving a new appearance of Gal Gadot as Wonder Woman.

The Flash is expected to hit the big screen on November 4, 2022