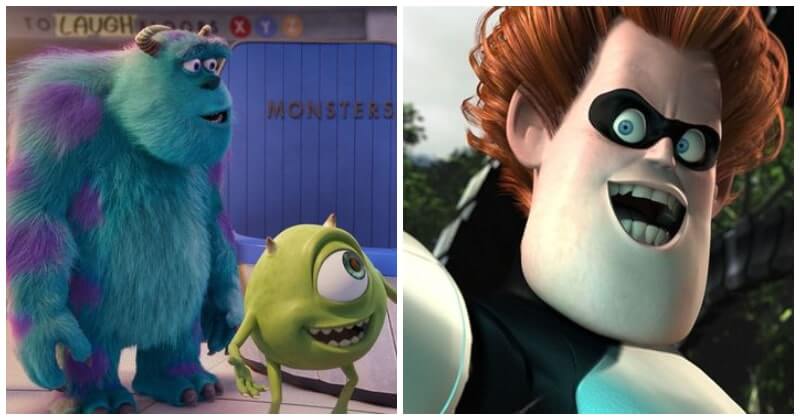 With children as the primary target audience, Pixar has always tried to incorporate meaningful life lessons into its animated movies. Through their compelling storylines and incredibly lively characters, Pixar movies consistently succeed in conveying good-life values, especially the importance of hard work.

Pixar characters, either protagonists or antagonists, must more or less try their best to achieve their goals as talent can only give them a head start. You can only make your dream come true if you are willing to put in enough effort, after all.

Go down the page to discover 10 Pixar characters who prove that hard work is indeed better than natural talent, and feel free to let us know your opinion in the comment section below! In “Cars”, Lightning McQueen appeared as an arrogant and talented rookie. However, he was once defeated by Doc Hudson, who was known as the Fabulous Hudson Hornet years ago. After the accident, Hudson worked hard to regain his relevance, and all his efforts paid off with his winning against McQueen. Throughout the film, WALL-E and Eve spent most of their time trying to prove that Earth could be inhabitable again and fighting against AUTO, an autopilot of the Axiom. Despite its overwhelming advantages such as having full control of all of the ship’s systems as well as the ship’s navigation, AUTO was still defeated by the relentless determination and efforts of WALL-E and Eve.

#3 Evelyn Deavor from “The Incredibles 2” Elastigirl, with her intelligence, realized that the Screenslaver was actually being hypnotized. However, thanks to her wits and quick thinking, Everlyn was able to perceive Elastigirl’s thoughts and successfully force goggles onto her, subduing her and many other heroes. Mike Wazowski is a one-eyed monster with a lovely appearance and is considered unfit to be a scarer. However, thanks to his great intelligence and unwavering determination, Mike got a really great score on the tests, even surpassing Sulley, who has a natural talent for scaring.

#5 Syndrome from “The Incredibles” When he first appeared in the movie, Buddy was just a clumsy boy who loved superheroes. However, after being cruelly told by his superhero that he lacked powers, Buddy gradually changed his personality and transformed into Syndrome. Syndrome had spent a lot of his time building robots, especially the Omnidroids, to defeat his former idol. Although he’s a villain, we still can’t deny Syndrome’s hard work, right?

#6 Sulley and Mike from “Monsters, Inc.” The journey to reach the current position of the duo Sulley and Mike is not easy at all. They were once underrated in Monsters Inc., started off working in the mailroom, went through various jobs, such as janitors, cafeteria workers, and wranglers before becoming top scarers.

#7 The aquarium fish from “Finding Nemo” The fish in the dentist’s office had tried to escape the aquarium multiple times but always failed. However, they never gave up and after rolling out of the window, they finally managed to find their way back to the ocean and earned their own freedom. Marlin is just an ordinary clownfish with nothing outstanding except his love for his son. However, he still managed to survive risky situations when facing animals much more dangerous than him. In the end, all his hard works paid off and he finally found his son – Nemo. Joe Gardner has a strong passion for jazz and has always dreamed of becoming an on-stage jazz performer. After many tries and failures, thanks to his relentless efforts and all the relationships he has, Joe has finally made his dream come true. Cruz was so scared that she missed the opportunity to become a racer and had to become a couch teaching other cars how to become racers. However, Cruz later overcame her fears and practiced relentlessly, joining McQueen on various racetracks and achieving her dream as a racer.