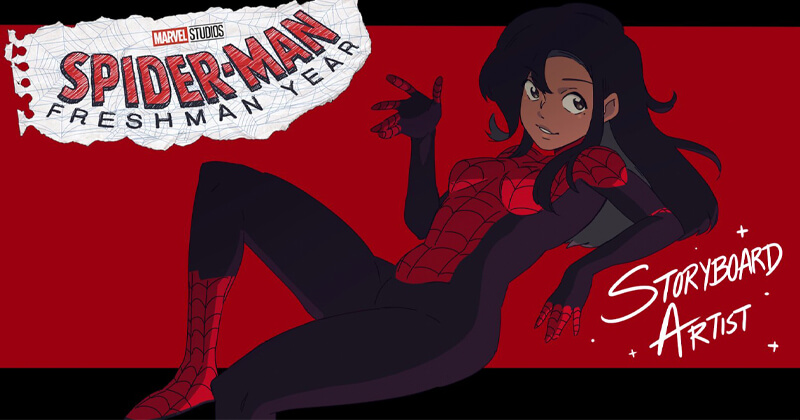 On Disney+ Day last month, Marvel Studios officially announced a new animated show dedicated to Spider-Man titled Spider-Man: Freshman Year. According to Variety, this series will be obviously connected to the MCU and will reveal the origin of the Spider-Man portrayed by Tom Holland, which was only hinted at in Marvel’s three Spider-Man movies.

The peculiarity of Spider-Man: Freshman Year will lie in the aesthetics. Accordingly, the series’ graphic style will be particularly classic and will evoke the style seen in the first years after the superhero made his debut, thus probably inspired by the visual approach of Steve Ditko, who co-created this “wall climber” back in 1962. While Marvel fans are waiting for further details on the project, animator Li Cree, who is known in particular for having worked on the animated series Star Trek: Lower Decks and My Adventures with Superman, has just revealed on Twitter that next January she will start working with Marvel Studios as the storyboard artist for this brand new series.

“Ready to welcome 2022 with a new adventure, I am so excited (and still in incredible shock) to share that starting in January I’ll be a storyboard artist at marvel studios for spider-man freshman year!! words cannot describe how honored I am to be a part of this production,” the 2D artist shared. Most of the details on Spider-Man: Freshman Year are still top-secret at the moment. However, according to several reliable sources, cartoonist Paolo Rivera will be involved in this project as the lead character designer. Other artists mentioned are Leonardo Romero, Julen Urrutia Perez and Mauricio Leone, who are all known for their ability to reinterpret the classic aspects of the characters with their own style, and more.

Last but not least, American writer and voice actor Jeff Trammell has been confirmed to be the head writer and executive producer of the animated series.