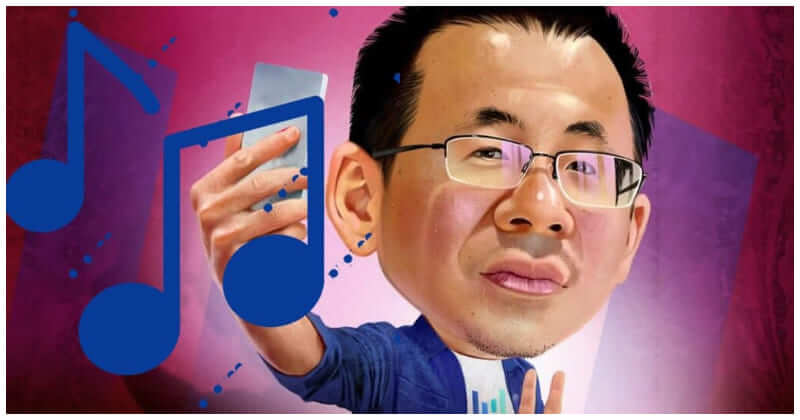 Zhang Yiming’s wealth as of mid-September 2021 has increased from $36.1 billion to $59.4 billion. The TikTok and Douyin founder have risen to the top of China’s list of billionaires under 40.

On the way to become Chinese’s richest

Just last year, ByteDance – TikTok’s parent company – the world’s most valuable startup was still under multi-faceted pressures. The Trump administration wanted the company to sell off its US assets. Meanwhile at home, they were threatened as the Beijing government aggressively regulates technology startups. Not to mention that India has blacklisted some of the company’s social networking apps.

However, overcoming all those obstacles, ByteDance still thrives. Currently, the company’s founder, Zhang Yiming, 38, is one of the richest people in the world. However, this made him more afraid than excited.

The company’s shares trade on the private market at a valuation of $250 billion. At this level, Zhang – who owns a quarter of ByteDance can hold a fortune of more than $53 billion, putting him at the top of the ranking of China’s richest billionaires under 40, according to data from the Shanghai-based Hurun Research Institute’s study. Hurun even predicted that the “father” of TikTok could become the richest man in the country.

ByteDance is best known for its very popular video sharing app TikTok and online newspaper app Toutiao. Last year, the company’s revenue doubled after expanding beyond advertising, turning to both e-commerce and online games. They are currently considering IPO options in a few business segments.

“Zhang Yiming is a well-known person who thinks long-term and is not easily convinced by short-term successes,” said Ma Rui, an investor. “He’s setting up a global, sustainable business.” In the latest funding round, ByteDance reached a value of $180 billion, an increase of $20 billion from three years ago. However, a Bloomberg source revealed, in the private market, a few investors recently sold shares of this company at a valuation of $350 billion.

However, this seems to be bad news for Zhang Yiming as this time in China, the government is trying to re-align the power of large domestic corporations and their billionaire founders.

Jack Ma would be a good instance. After being investigated for alleged monopoly, Chinese authorities fined Alibaba a record $2.8 billion and the country’s central bank was even forced to reform the entire Ant Group’s finance empire.

“There will be no more tough games in the US with Mr Trump and the potential for a ban or forced sale of assets. However, pressure on tech stock prices and the Chinese government are part of what could put ByteDance in trouble.”

Who is Zhang Yiming? Born in the southern province of Longyan, Zhang Yiming is the only son in his family. He studied programming at Nankai University. Here he gained a lot of followers on the school’s online forum by keeping fixing computers to help classmates. He joined Microsoft when he just graduated, then he thought about starting a business because he was bored with his job.

Zhang Yiming’s breakthrough came in 2012 when, from his Beijing apartment, he created the first blockbuster of ByteDance – an app for sharing jokes that was later ordered by the government to be taken down.

After working with the news app, Zhang Yiming created TikTok, an app with more than 1 billion users worldwide, and a twin app specifically for the Chinese market called Douyin. This company has attracted famous investors including Softbank, Sequoia Capital…