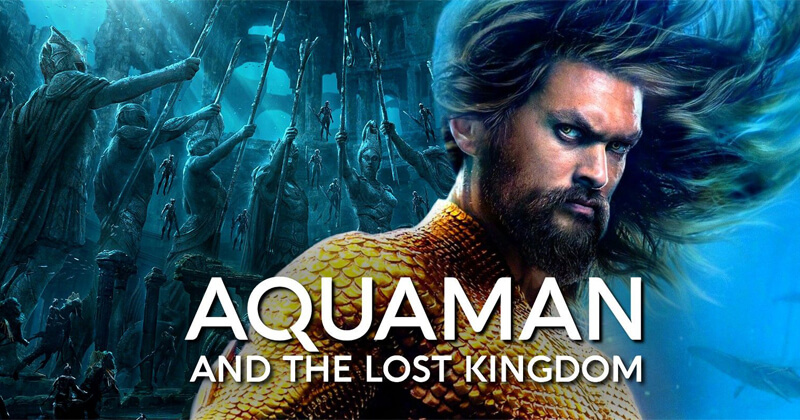 As the sequel to the acclaimed stand-alone debut of the hero played by Jason Momoa, Aquaman and the Lost Kingdom is certainly one of the most anticipated DC projects of 2022.

Thanks to the first sneak-peek unveiled during the last DC FanDome, we were able to take a brief look at the set of the film, whose shooting ended just a few weeks ago. However, we still know very little about the plot, even if some new clues have emerged thanks to the preliminary synopsis released by Warner Bros. a few hours ago. You can read it below:

“When an ancient power is unleashed, Aquaman must forge an uneasy alliance with an unlikely ally to protect Atlantis, and the world, from irreversible devastation.” Thanks to the production photos posted on social networks in recent months, we also know that Black Manta will probably be the main villain of Aquaman and the Lost Kingdom and that we will find King Orm Marius aka Ocean Master stranded on the mainland.

The title Aquaman and the Lost Kingdom is still rather cryptic, however, a small clue could be hidden in the code title of the film – Necrus. This is a clear reference to the comics as it’s the name of an underwater city (also known as the Black City) that only exists for short periods of time and that never reappears twice in the same place in the mythology of Aquaman.

Now, we just have to wait for the premiere of the film to see if it will be a simple quotation or a hint to the events of the film. In this second part, Jason Momoa will also have even more screentime than the previous one, as confirmed by the actor himself in a recent interview with Fandango.

“We all learned something on the first one. It’s exciting because I haven’t made too many sequels. I just know that it’s, even on the page, it’s absolutely wonderful. There is so much going on. I think the stakes are a lot higher. There’s a lot of comedy. So, I mean, I giggled reading it. There’s a lot of fun, and definitely the action’s bigger,” he said. Aquaman and the Lost Kingdom was written by David Leslie Johnson-McGoldrick, while James Wan come back to direct the film after the success of the first part. The cast, in addition to Jason Momoa as Arthur Curry aka Aquaman, will see the return of many other familiar names from the previous chapter like Amber Heard as Mera, Patrick Wilson as Ocean Master, Dolph Lundgren as King Nereus, Yahya Abdul-Mateen II as Black Manta, Randall Park as Doctor Stephen Shin, and Pilou Asbaek in a mysterious role.

Among the latest new entries announced in the cast we have Vincent Regan in the role of Atlan, the ancient ruler of Atlantis, Indya Moore in the role of Karshon, who is known as the opponent of Green Lantern, and Jani Zhao in the role of an original character called Stingray.

Aquaman and the Lost Kingdom is expected to hit the big screen on December 16, 2022.