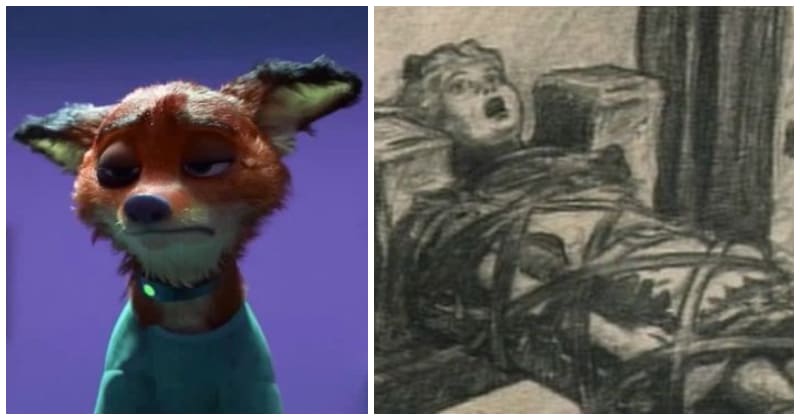 Disney and Pixar are known to be two of the most imaginative and creative movie studios in the Hollywood. Of course, there must have been several discussions and meetings with serious considerations and negotiations during the production of a movie. However, there were still some flaws that took a plenty amount of time to fix, even though the movies produced by these two giants still became blockbusters and box office splashes upon its releases.

While most scenes are eliminated owing to time constraints, rewrites, or the fact that they don’t add to the story, some are cut simply because they generate a negative reaction. Some of the footage is only a few seconds long which can simply be erased or modified. On the other hand, for the scenes that contributed greatly to the plot, cutting and remaking them can be costly and time-consuming.

Here are some scenes from movies that we’re glad they were cut! Please take a look at these and let us know what you think in the comments! Woody wasn’t always the loving leader of Andy’s toys in the early versions of Pixar’s Toy Story. Rather, he was a vengeful and bitter guy who served as the film’s antagonist. If that wasn’t enough, in the initial test animation, nicknamed “The Black Friday Reel,” the cowboy threw Buzz out the window on purpose before mocking and berating his friends when he was found. It’s difficult to believe this was previously the film’s primary direction.

#2 The army grows (The Black Cauldron) Surely, The Black Cauldron has its flaws and scary moments, but that pales in compared to what was actually deleted from the movie. Disney’s initial draft nearly received an R-rating due to one extremely graphic and horrific scene in which one of the Horned Kings guards transforms into a zombified member of the Cauldron Born, his skin melting off after a painful bite. It’s self-evident why this one is only found in film cells today. Zootopia got away with a lot of sophisticated topics, like racism, prejudice, drugs, and culture shock, to mention a few. But that wasn’t the only gloomy subject the film tackled. During the development of the film, the carnivorous elements of the populace were all fitted with shock collars to prevent them from “turning savage.” The sight of Nick being tormented by electric shock on a constant basis is something most people wouldn’t expect to see in a Disney animation!

Stitch may now just be a nuisance, but in the early drafts, he was downright nasty. Lilo introduced Stitch to her fishy companion Pudge in one scene, and what starts out as a nice little interaction quickly turns terrifying when Stitch flings the critter to a flock of hungry seagulls. Stitch merely looks on with a cruel smirk as Lilo tries to save him. The company’s image isn’t exactly sweet and fuzzy.

#5 Be prepared to reprise (The Lion King) Scar seeks out a queen to carry on his “heritage” in a deleted scene from Disney’s The Lion King. It’s the perfect setting for a musical act, but not so much when he lays his gaze on Nala. The moment and its ramifications are just as disturbing as they sound, and its inclusion may have resulted in the film being rated PG-13. It’s certainly not acceptable in today’s social environment.

Alice In Wonderland was initially 50 shades darker than the bright musical that audiences saw. It contained psychedelic imagery, scary monsters, and other twisted motifs, but the most renowned deviation from the novel was a conclusion in which Alice was executed. Thankfully, this was one of the many sequences that had to be scrapped due to rewrites, because it would have ruined an otherwise perfect afternoon. Gepetto is a sweet and gentle character who wouldn’t hurt a fly in a million years, yet hunger and desperation have been known to lead people to do crazy things. Conspiring with one’s cat to kill and devour one’s pet goldfish while trapped within the belly of a whale would undoubtedly be a bad idea. To be fair, tough circumstances call for desperate means, yet this feels completely out of character for Gepetto. That’s not even taking into account the concept of art’s wicked expressions.

#8 Oogie’s identity (The Nightmare Before Christmas) Oogie Boogie wasn’t always the jazzy bag of bugs that fans know and adore. Dr. Finklestien devised Oogie as a disguise to kidnap Sally from Jack in an early draft of the script. Needless to say, the writers’ pitch wasn’t the most conventional. For starters, there isn’t much of a rationale for it. It seemed to lead nowhere, and there was never any suggestion that the doctor was up to something else.

#9 Santa’s rage (The Nightmare Before Christmas) The original Santa from The Nightmare Before Christmas appears to be a little more deranged than what most fans are used to. After Jack destroys the sleigh, Santa appears, eager to reclaim his holiday, and he is not pleased. He has every right to be enraged, and no one can blame him, yet the cheery old elf’s early designs were anything but. Lightning McQueen is lost in a haunting forest full of rusted out bodies and hulls of ancient vehicles as he attempts to make his way back to the interstate in a scenario dubbed “Lost.” The imagery is disturbing, but the aspect that scares me the most is the suggestion that McQueen has been walking through a forest of corpses in the middle of nowhere. If they were human characters, that would be a fairly revolting situation.