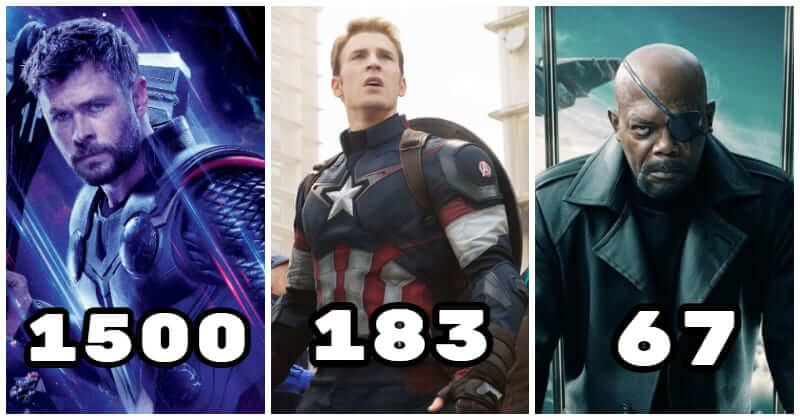 Proud of being a fan of MCU superheroes and never miss any TV shows and movies of them, are you sure that you know these superheroes’ ages? Do you know who is the oldest?

Most people watching films of Thor, Captain America, Hulk and other heroes in MCU didn’t pay much attention to these superheroes’ ages. Of course, this information doesn’t affect the flow of the films much and MCU didn’t emphasize it in their movies. Therefore, it could be hard to find that information. But, let me remind you that they are superheroes with superpowers, some of them are physically different from normal people, some are Gods. That’s why they could live longer. You might be shocked if you know their real age.

Today, we have prepared for you a list of the oldest superheroes in MCU. It could help you understand your favorite superheroes better or just change the way you address them! Just kidding! Thor’s age had still been a question until he mentioned it to Rocket Raccoon in Avengers: Infinity War. He was 1500 years old. Though no one reveals the exact age of Sersi, she is at least 5000 years old. She came to Earth with her group of Eternals thousands of years before. He is Thor’s brother and as a God, his age is of course much longer than normal people. Marvel has confirmed that Loki was 1054 years old when being killed by Thanos in Avengers: Infinity War. James Rhodes (War Machine) is also an Avenger who ages naturally. He didn’t die after Thanos snapped his fingers. He was born in 1968 and he was 55 at the time of Endgame. He is known as War Machine and Tony Stark’s best friend. He also owns a quite similar suit as Tony, but he is a little older than his friend, Iron Man. Like Sersi, Makkiri is another member of a community of the genetically-engineered Eternals, seen in the Earth. But she is just like a kid compared to Sersi, she is much younger – about 500 years old. With a high frequency of appearing in MCU’s films and TV shows, no one can deny that Thor or Captain America is old. But how about Captain Marvel? But since she’s got the power, it seems that she stops aging. In fact, she was born in the mid-1960s so she should be around 58 years old in Avengers: Endgame. With over 70 years living under the ice, Nick Fury also needs to respect Captain America, because he is older. As Captain’s best friend, Bucky shares the same age as Steve Rogers. They have lived in over 1 century in the Avengers: Endgame.