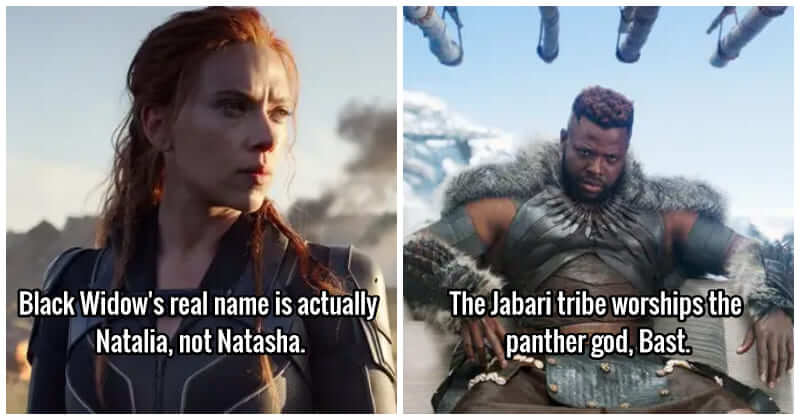 With their innovations, Marvel has redefined blockbuster movies. One enormous universe linked by several other films leading up to a great event. This has never been seen before. The films are fantastic, and millions around the world cherish them. Unfortunately, given the current state of the globe, the production is slowed down with almost everything pertaining to future Marvel films. That’s why we have to wait very long for new studio content to be delivered.

However, to make the wait a little less painful, we’ve devised a simple True or False quiz to test your knowledge as a Marvel Cinematic Universe expert. Now is your moment to shine, fellow fans. When you’ve finished the quiz, look through the answers at the bottom and let us know how you scored. Now, grab a piece of paper and a pen and get started.

#1 Iron Man was the first film in the MCU – True or False? #2 Ho Yinsen is secretly the leader of a Ten Rings cell – True or False? #3 Don Cheadle was replaced by Terrence Howard as Rhodey – True or False? #5 The Hulk’s first movie appearance was outside of the MCU – True or False? #6 Nick Fury makes a cameo in The Incredible Hulk to ask Bruce if he wants to join the Avengers – True or False? #9 The actors who play the young and older version of King T’Chaka are related in real life – True or False? #10 There are six Infinity Stones and they are named: Mind, Space, Heart, Time, Power, and Reality – True or False? #11 Speaking of Infinity Stones, the Space stone was the first one to show up in the MCU – True or False? #13 According to Thor, there are seven realms, with Earth being one of them – True or False? #15 Miles Morales got his powers from radiation exposure and not from a spider bite – True or False?

#16 J.K. Simmons has played John Jonah Jameson in every single live-action Spider-Man film that the character appears in – True or False? #17 Natasha Romanoff and Bruce Banner have a secret child together – True or False? #19 Nick Fury lost his sight in his left eye due to a scratch from an alien while flying back to Earth – True or False? #20 Captain Marvel was born with her powers – True or False? #21 Maria Rambeau and Monica Rambeau are mother and daughter – True or False? #22 Charles Xavier became paralyzed after being shot by Wolverine – True or False? #23 We first see Magneto use his ability to control metal while working on a Volkswagen assembly line in the 1930s – True or False? #24 Mantis got her name because she was once a praying mantis before Ego gave her a human form – True or False? #25 Ego, Peter Quill’s father, killed Meredith (Peter’s mother) because she posed a distraction to his plans and so he could bring Peter to his planet – True or False? #26 The Mandarin is the real leader of the Ten Rings – True or False? #27 Simu Liu sings on the Shang-Chi soundtrack – True or False? #29 Josh Brolin is the only actor to play more than one Marvel character on film – True or False? #30 And finally, the entire MCU timeline so far takes place over the course of 20 years – True or False?