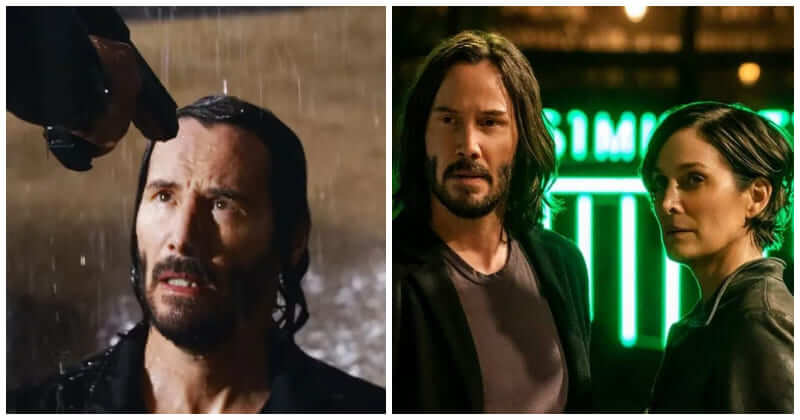 While Warner Bros. confirmed that its whole schedule for this year will be day-and-date in cinemas and on HBO Max, not all of the talent associated with the studio’s 2021 film schedule was overjoyed. “Tenet” creator Christopher Nolan criticized the seismic shakeup and voiced disbelief, while “Dune” director Denis Villeneuve penned an op-ed lamenting Warner Bros.’ dominance of corporate fealty over a love of cinema and fans.

Keanu Reeves, the hero of “The Matrix Resurrections,” on the other hand, isn’t as enthusiastic about the subject. According to a new interview recently, the actor is OK with people streaming the film.

Reeves responded to the reporter’s idea that they watch the film on their laptop, saying, “Dude? Don’t stream that movie… Don’t you fucking stream that movie.” However, as Reeves eventually revealed, this was a poker-faced joke. “I mean, sure, stream it if you have to.”

When the film is released on Wednesday, December 22, audiences will have two alternatives for seeing it. With Omicron on the rise and “Spider-Man: No Way Home” dominating the market, don’t be shocked if many “Matrix” fans see the fourth episode of the saga on HBO Max at home rather than in cinemas.

If early comments are any clue, Lana Wachowski’s newest movie is a romantic homage to the first film from 1999, with fresh faces like Yayha Abdul-Mateen II, Neil Patrick Harris, Jonathan Groff, Toby Unwumere, Priyanka Chopra, and others joining the crew.

Despite its absurdity, ‘Resurrections’ is the most creative and profoundly personal Hollywood sequel since ‘The Last Jedi.’ A silly/sincere galactic brain take on relaunch culture that accepts that current blockbusters are no longer about anything other than themselves.

On “The Late Show with Stephen Colbert,” Reeves recently discussed his numerous frightening stunts for the movie, where he said that the strangest thing he had to perform was “jump off a building… I’m going to guess around 46 stories.” When asked why the producers didn’t just use post-production VFX, Reeves stated, “Because it’s Lana Wachowski and it’s ‘The Matrix’ and you need natural light and you want to do it real. I mean, there are wires. Carrie-Anne and I grabbed hands and leaped off the building.”