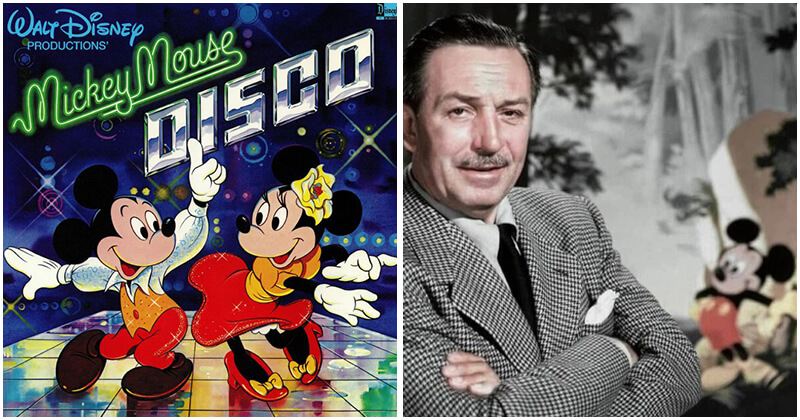 For the past 90 years, Mickey Mouse has always been a great companion of many children around the world during their childhood. It’s no exaggeration to say that he’s one of the most popular characters of all time, and it’s hard not to admire such a cultural icon.

Everybody knows Mickey, but it doesn’t mean everybody knows everything about him, even the most loyal Disney fans. There are still so many amusing facts about this incredible mouse you might haven’t known yet, and if you want to learn more, we are here to help you out.

In this post, we have piled up 10 interesting facts that will help fans love Mickey Mouse even more. Scroll down and check them out, they are guaranteed to put a smile on your face!

#1. Mickey is the first cartoon character who has his own star on the Hollywood Walk Of Fame. Mickey received this honor in 1978, exactly 50 years after making his debut with Steamboat Willie in 1928.

#2. Mickey once won an Academy Award. Mickey’s cartoons have been nominated for an Oscar ten times, but the only time this mouse won was in 1941 with his supporting role in Lend A Paw, an animated short dedicated to Pluto.

#3. Mickey has his own music album. This fun guy actually has a music album of his own titled Mickey Mouse Disco, which was released by Disneyland Records in 1979. It was certificated Platinum in the US with over 2,000,000 units sold.

#4. Mickey is the first cartoon character to speak on his show. In The Karnival Kid (1929), Mickey made history by uttering “hot dogs”, which were the very first words that the viewers heard from a cartoon character. Everybody knows that Mortimer is Mickey’s rival, but not many fans heard about how this name initially belonged to our protagonist himself. Actually, Walt Disney was about to name the mouse Mortimer, but then he later changed his mind after listing to his wife’s advice.

#6. Mickey and Minnie’s first voice actors married each other in real life. Wayne Allwine and Russi Taylor tied the knot in 1991. Their marriage lasted nearly two decades and only ended when Wayne passed away. This cartoon character is considered a global icon and almost all the kids in the world can identify him way more easily than Father Christmas. In case you are curious, his middle is Theodore. In other words, Mickey’s full name is actually Mickey Theodore Mouse. Walt Disney used to have a trained mouse as his pet when he was young, and it was the inspiration for our beloved Mickey Mouse.

#10. Walt Disney used to lend his voice to Mickey. Before 1946, Mickey Mouse was voiced by none other than Walt Disney himself.

Falling For Christmas Reactions: Fans Are So Emotional Watching Lindsay Lohan On The Screen

10 Animated Halloween Movies Everybody Should Watch At Least Once