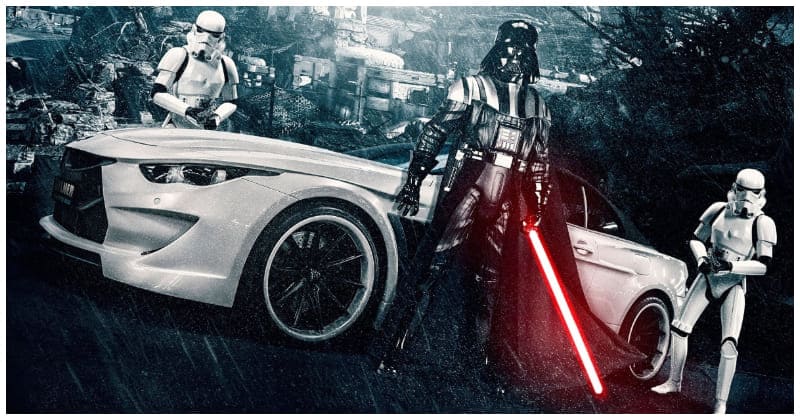 Gareth Edwards discusses how filmmaking Darth Vader in Rogue One: A Star Wars Story was similar to making a car advertisement. Darth Vader first appeared in George Lucas’ 1977 film Star Wars: A New Hope (Episode IV), before reappearing in two Star Wars sequels and prequels. With Disney’s takeover of Lucasfilm, Rogue One was the first live-action picture to include Darth Vader since 2005’s Star Wars: Revenge of the Sith. And, due to actors Spencer Wilding, Daniel Naprous, and, of course, James Earl Jones, Vader looked and felt brand new. Rogue One portrayed the narrative of how the rebellion, headed by Jyn Erso, seized the Death Star designs that led to Luke Skywalker’s devastating shot in the original movie as an anthology spin-off and direct prequel to Star Wars: A New Hope. Rogue One was an instant success upon its launch, generating over $1 billion at the global box office on a $220 million budget. Its popularity prompted the creation of other anthology productions, beginning and concluding with Solo: A Star Wars Story. The Mandalorian, The Book of Boba Fett, Obi-Wan Kenobi, and Andor, a Rogue One spinoff covering the previous adventures of its eponymous spy, is now Lucasfilm’s major emphasis. In celebration of Rogue One’s fifth anniversary, Edwards spoke with StarWars.com about digitally recreating Vader, Tarkin, and Leia. Edwards described recording Vader to filming on a car commercial, complimenting John Knoll, Executive Creative Director at ILM/Senior Visual Effects Supervisor, and Greig Fraser, Director of Photography. See something he had to say about it below:

“[With Tarkin] we had to sort of dial it back to the way they lit scenes in A New Hope, in the late ‘70s. And then it would start to feel more real. Same with Vader. Even with shots of Vader, we did a little test shoot. Greig would always say that lighting Vader is like doing a car commercial. He’s got more in common with photographing a car than a human because of all the light reflections and things. [Mimics helmet] We kept looking at these tests going, ‘This doesn’t feel like Vader, does it? What are we doing wrong? It just doesn’t feel the same.’ And we started realizing that normally when you do a shot, you do an over-the-shoulder shot, and you film someone and then you do the reverse when you come around for a conversation. You come around. [Mimics camera rotating] In the original trilogy, when they would come around to do the reverse, the person in the foreground would always feel bigger than Vader, which felt wrong. So, they always pull the camera back a little bit and then raise it so that Vader, his eye line was always the highest thing in the frame. If you didn’t do that, Vader felt small and not powerful.” Rogue One introduced the audience to Darth Vader in a way that looked recognizable while still expanding on his roots. For instance, between the primary canonical entrance and the later and climactic hallway moment that has become one of Star Wars’ most memorable moments, the sequence at Vader’s castle on Mustafar provides insight into Vader’s mentality. Hence why the season 2 finale of The Mandalorian more or less matched it as Luke decimated a battalion of Dark Troopers. Having said that, Rogue One and The Mandalorian are two of the greatest instances of modern Star Wars done well. Edwards has been the only filmmaker chosen by Lucasfilm to lead Rogue One, and he has no plans to make another Star Wars picture after his success. Nevertheless, at a time when the Star Wars sequel trilogy was separating the audience because of its presentation of popular figures, Rogue One received universal acclaim for its portrayal of Darth Vader, despite the contentious digital recreations of Peter Cushing and Carrie Fisher. It’s intriguing to hear Edwards discuss just how an influential character’s strength and impact were generated from behind the camera, and his method clearly paid off, as Darth Vader’s entrance in Rogue One: A Star Wars Story served the villain justice.