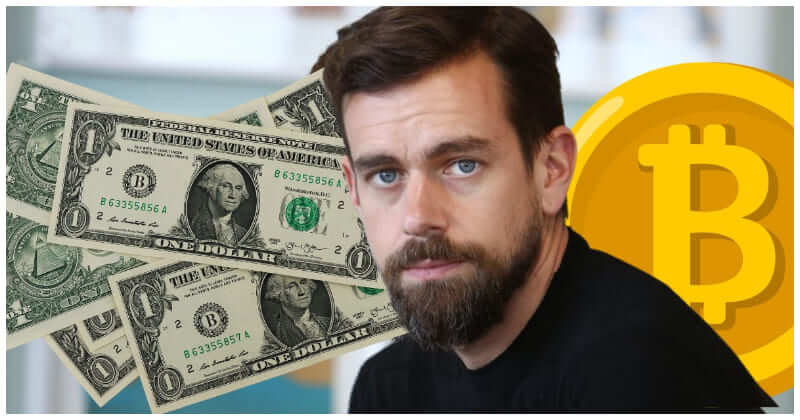 Bitcoin, Not Crypto, Will Replace US Dollar, According to Jack Dorsey. In a recent exchange on Twitter with superstar rapper Cardi B, former Twitter CEO Jack Dorsey said that Bitcoin will replace the US dollar, once again showing his unwavering support for the king of crypto. The interaction between the Grammy-winning rapper and the tech billionaire about crypto usurping the dollar has sparked a lot of reaction on Twitter.

Cardi B inquired on Twitter if cryptocurrency will eventually replace the US dollar, to which Dorsey answered, “Yes, Bitcoin will.” Other crypto communities also responded to a question by Cardi B, Dogecoin co-founder Billy Markus posted a meme claiming that Dogecoin is more stable against the US dollar. While Bitcoin investor Dennis Porter stated that “such a discuss was truly unavoidable.” Dorsey previously stated in October that Block was trying to establish a bitcoin mining system based on bespoke silicon and open source for consumers and enterprises. This would be in addition to Square’s other bitcoin-focused efforts, which include a company developing an open developer platform and a hardware wallet for the cryptocurrency. ” If we do this, we’d follow our hardware wallet model: build in the open in collaboration with the community,” Dorsey stated in a tweet.

Jesse Dorogusker, Square’s hardware lead, will conduct an investigation into the requirements for Square to embark on the project of building a bitcoin mining machine.

Dorsey is a Bitcoin supporter. His interest in cryptocurrencies dates back to 2017, when he began promoting Bitcoin as the king of crypto. Despite the fact that the crypto market fell in 2018, Dorsey remained undeterred, dubbing Bitcoin the future world currency, though the digital currency was at its lowest point in recent years. He stated in March 2019 that he spends several thousand dollars each week on Bitcoin purchases.

Dorsey just released the whitepaper for its decentralized Bitcoin exchange concept, tbDEX, which endorses blockchain technology for payment transparency. He has also told investors that Bitcoin will be a “significant component” of the company’s future.

In a separate tweet, Dorsey also mentioned “web3,” the term used to describe the next generation of the Internet. However, Tesla CEO Elon Musk, the richest man on the planet, criticized web3 earlier this month.

Is Carter In Season 5 Of Yellowstone? Updated News