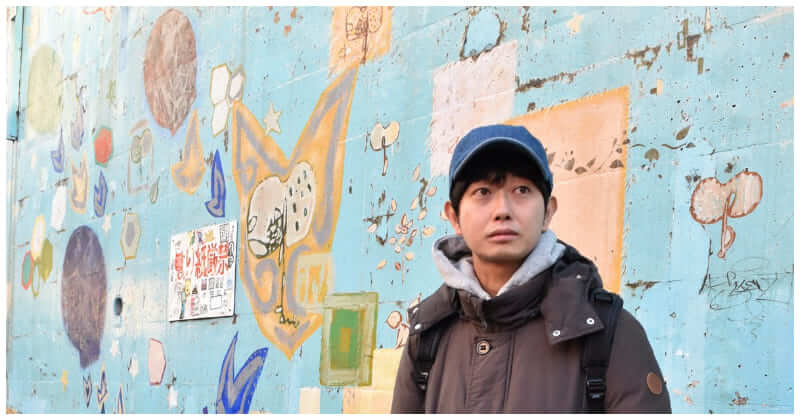 Shoji Morimoto is hired by many people to go with them to weddings, to watch cherry blossom or simply to listen to them sharing. This “effortless” job helps him earn a lot of money. According to Oddity Central, in just 2 years, from an unemployed man in Tokyo (Japan), Shoji Morimoto became a famous character on Twitter with 270,000 followers. He also appeared on the National TV channel and was invited to magazine interviews. He even released books and stories out on Amazon.

Morimoto became famous for his unique profession. With this seemingly strange job, he had to do almost nothing but meet strangers, listen to their stories or simply sit beside them when they needed.

To put it simply, Shoji Morimoto rents himself out to strangers. He informed them in advance that he would do nothing instead of eating and sitting next to them.

A normal life and the turning point According to Japanese media, Shoji Morimoto was an exemplary college student. During his university years, he often went to the library to read books, worked hard and had good grades. He graduated with a master’s degree from the prestigious Osaka University.

After graduating from school, he worked as a book editor at a publishing company. But after 3 years of working (in 2017), he decided to quit because he felt that this was not the job he loved and wanted to stick with for a long time.

In a 2020 interview, Morimoto said he quit his job after reading a book about German philosopher Friedrich Nietzsche. This philosopher’s book has completely changed his outlook on life.

“I went to college and then graduated because everyone around me did. I just got carried away without thinking. I rarely live with my own initiatives,” Shoji shared.

According to Shoji, after reading the German philosopher’s book, he began to consider his life in the future. In August 2018, Shoji made a surprise announcement on Twitter.

Shoji opened the announcement with the title: “People Who Do Not Rent”. He said, he is always ready if anyone needs someone to do some simple tasks with them such as watching cherry blossoms, listening to them talking or simply being present and sitting next to them. Customers will have to pay for travel, food and drinks (if any). Shoji’s idea quickly created a fever on social networks. There were a lot of strangers sending him requests. Shoji’s Twitter account, which initially only had a few dozen friends, grew to 170,000 followers, after 1 year. Currently, he has 270,000 online followers.

Shoji’s name quickly became famous on social networks and was recognized by the media. He was invited to appear on television, magazines and thus his “self-renting” business became even more favorable. At present, he is busy all the week, leaving home every day from 8:30 am to 10 pm.

Shoji charge no additional fees from customers apart from travel and food costs. However, many people insisted on paying him more. He was shy at first but then got used to it and felt very normal when receiving wages from customers.

In a recent interview, Shoji shared that his work is very diverse. He used to take a job where a guest invited him to a 5-star hotel to talk. This guest likes to talk to him and his job is to listen to guests talk for about 3 hours, get paid and leave.

There was also a time when he was asked by a woman who had just filed for divorce to go to a party because she did not want go with her friends. The guest wrote: “You don’t have to do anything. I just want someone who isn’t my relative, friend, lover – those who doesn’t know me – by my side.”

Before taking the job, Shoji told the client he had no special skills, nor did he really want to do it. All he could do was be there, be with them, listen, give short answers, and walk with them. Other than that, he didn’t do anything else.

Shoji insists he is an ethical worker. He never crossed the line, never did anything to affect the customer. And vice versa, he also expects customers to respect his working principles. Companionship service are nothing new in Japan, but none have been as successful as Shoji. This guy’s unique way of doing things has now become the inspiration for the birth of a TV show of the same name “People Who Do Not Rent” with the participation of actor Takahisa Masuda.

This show focuses on the service Shoji provides and how he touches the lives of others. It is known that the program aired from April 2020.

What Will Happen When You Meet People With The Same Sign? Watch Them Now!

Boy Gets Reunited With His Lost Cat After Seven Months Apart

Sagittarius – CEO Of Doing The Opposite, Proving In 15 Hilarious Memes

Being Alone With Limited Social Interaction Can Be A Burden For Anyone, Not Only Cancerians

Best Memes That Show The Girly Things Of Every Female Taurian