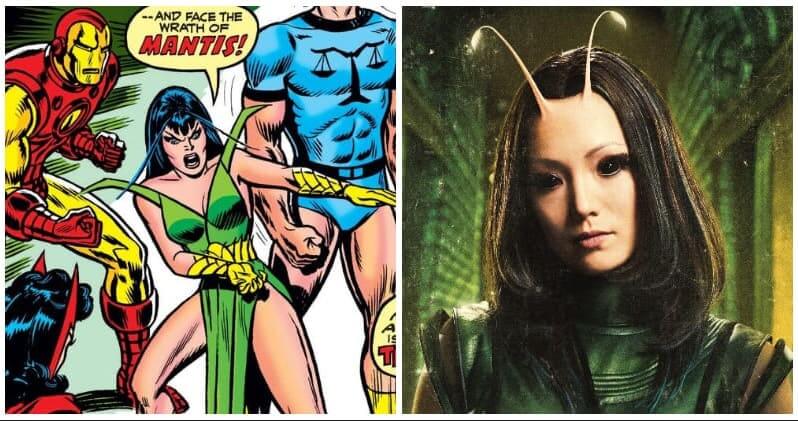 The MCU movies have brought some of the iconic characters from the Marvel comics world to the screen, which is certainly welcome news for those who love this universe. Furthermore, these characters are played by some talented actors who make the Marvel characters feel more real than ever.
However, not every character in a Marvel movie can be well received by the audience. In fact, some characters make the movie banned, or even the creator doesn’t recognize it. These characters really cause controversy when they appear. Many factors are leading to this, starting from the fact that the actor playing the role is seemed to look completely different from the character in the comic book to the backstory of the character related to sensitive issues. Here are 5 Marvel characters that have caused a lot of controversies, some are hated by their own comic creators, or changed due to political reasons. Through the movie Thor (2011), we are acquainted with the image of Heimdall, the guardian god of Bifrost in Asgard. The character is played by actor Idris Elba, who has appeared as Heimdall in many other Marvel movies. In fact, if you can say Heimdall’s role is perfectly fit to Elba, who delivered a great performance in the character.
However, it turned out that Heimdall’s appearance in the original MCU was controversial, even causing the Thor movie to be boycotted by some communities. Because, in Norse mythology, the origin of the story of Thor, Heimdall is said to be the whitest of all the gods, while Elba is a black actor. The character Mandarin, played by Sir Ben Kingsley in Iron Man 3 (2013), is said to have had a major influence on the plot in the film. Although portrayed as the leader of a terrifying terrorist group, Mandarin is actually just an actor named Trevor Slattery posing as the main antagonist of the film.
The change of plot then caused great outrage from the audience, especially those who had read Marvel comics. This is because, in the comics, the Mandarin is a strong and scary villain, not an actor with a goofy personality. However, it turns out that Marvel has its own plans to “reveal” a fake in Iron Man 3.
We learned that the original Mandarin character actually exists in the MCU universe. Trevor Slattery’s presence in Iron Man 3 as a fake Mandarin is just a distraction to the whereabouts of the real villain. In fact, through the movie Shang-Chi (2021), we also get to meet the real person behind this named Wenwu, played by Tony Leung. In the comic book version, the Ancient One is depicted as an old man of the Asian race, specifically someone from Tibet. Later, in the movie, the character is changed to a female Caucasian. The character was portrayed by actress Tilda Swinton.
The Marvel production team actually has a reason for the Ancient One’s racial change in the MCU. Because in China there is a ban on films and other cinematographic productions showing characters from Tibet due to political issues. Since China is one of the biggest sources of income for Marvel movies, they ended up changing the Ancient One character to be able to appear there. Mantis is described as a cheerful, funny, and innocent character when he first appeared in Guardians of the Galaxy Vol. 2 (2017). However, Mantis’ personality in the film did not match the comic book version that later caused much controversy. In fact, the hate came not only from fans but also Steve Englehart – the man who created Mantis.
Steve Englehart, who created Mantis in 1973, has publicly stated that he doesn’t like the way Marvel portrays his character in the MCU. Because according to him, the nature of Mantis in the MCU is too naïve. The image of Mantis created by Englehart in the comics is said to be a badass female character completely different from the MCU version. In Eternals (2021), Phastos’ presence actually caused controversy and caused the film to be banned in some countries. This happened because Phastos’ background is believed to be homosexual. In the film, we get to see Phastos’ family life with his partner who is also a man. Not only that, but we also see the same-sex kiss moment between Phastos and her husband.
Due to footage involving Phastos, Eternals was ultimately not allowed to air in several Middle Eastern countries, such as Saudi Arabia, Kuwait, and Qatar. The ban happened because Disney refused to edit the appearance of the same-sex love story in Eternals.