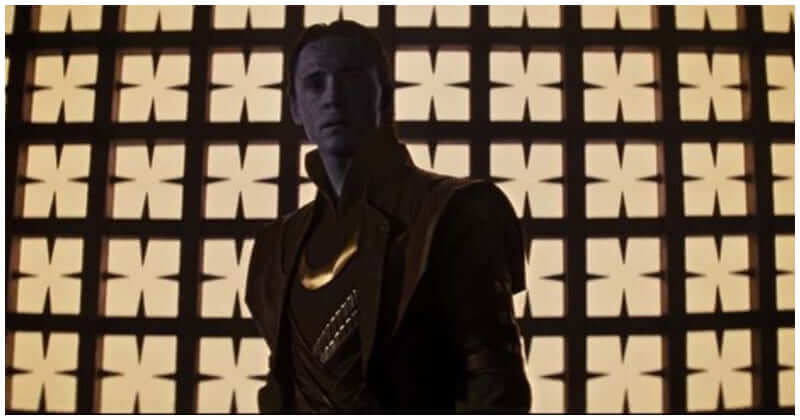 The Marvel Cinematic Universe is very famous for its epic battles, sprawling story arcs with great superheroes always fighting for a better world. However, none of that would mean anything if it didn’t get emotions from its audience. Perhaps one of Marvel’s greatest successes is creating the iconic moments that touch many people’s hearts.

We all want to see our favorite superheroes win in fighting, but what really makes us love them isn’t the tremendous superpowers they own. We love them because we realize that underneath the unreal power is normal people with real emotions just like us.

There are many touching moments in MCU that sometimes stir us up better than the endings of the films. And below are 10 heartbreaking scenes that you just want to open your hands and give our superheroes a big hug.

#1 Thor shared how he lost his family and his Asgard

“I make grave mistakes all the time, everything seems to work out.”

In Marvel’s Avengers: Infinity War, Thor with Rocket and Groot are on their way to forge a new hammer strong enough to slay Thanos. During the trip, Rocket strikes up a conversation with the Norse god, asking him about his life. Rocket and Groot catch a glimpse of Thor’s seething melancholy. The God of Thunder starts to reminisce about all the things he’s lost. It comes out that Thor’s sibling is dead, then his father, his mother. Finally, his best friend was stabbed through the heart. And more miserably, the fact that he’s without Mjolnir and his home planet was destroyed. And he has just lost an eye. Drax can be seen as a humorous character who often brings laughter in both Guardians of the Galaxy films. Everyone remembered his quips, but they can make us easily forget the agony he is carrying inside him. The moment that Drax’s story breaks everyone’s heart is when he confides in Mantis. Even he tells Mantis is like an ugly pet but she reminds him of his daughter. When Mantis touches him by her hand and with her empathy power, she immediately feels his paint to cry. During Iron-man’s series, Happy always appears to be on Tony’s side. They are much more than the relationship of employer and employee. Tony and Happy share a genuine relationship. That’s why it’s really hard for Happy to see Tony’s death. But in Tony’s funeral, Happy handles of his emotions because he knows others need him when Tony’s gone. That makes him a more reliable character.

#4 Loki discovers he is a frost giant Odin tells Loki about how he adopted him and how he is really a frost giant.

When seeing that moment, everyone can easily sympathize with Loki. He has spent his whole life in the shadow of his brother, the God of Thunder. He had used tricks to just take the attention of his father and try to prove himself. He has kept wondering why he is so different from his brother. The moment when he realizes he is a Frost Giant adopted by Ordin, no, exactly Ordin stole him to unify the realms, he could talk all his feelings he had to suffer since he was a child.

#5 Because of being a superhero with a superpower, Steve Rogers couldn’t get drunk like others to ignore his sorrow Each superhero in MCU has their own deep story which becomes a part to make them stronger. It can be said that Captain American’s story is rife with sadness. He has to choose between his love, his own life with a life of a superhero, life for others.

After years lying under the ice, he’s back, lonely and hard to relate to modern things, hard to find a person to understand him. Everything has changed dramatically for years he’s absent.

Before becoming a superhero, Steve Rogers was just a little boy, and Bucky Barnes who never left him is his actual companion. But then Bucky Barnes was killed in duty, Rogers tried to get drunk to ease the pain of losing his best buddy. More sadly, because of the superpower, he couldn’t be tipsy. The MCU cast Iron-man as a mentor and quasi-father figure to Peter Parker, Spider-man. Tony gives training for this boy to become a true superhero, but Peter disappointed him when Tony had to interfere to save the passagers. But Tony is always the man Peter has looked up to and Spider-man always wants Iron-man to be proud of him. That’s why it’s really heartbreaking when Peter has to hear Iron-man admits that he made a mistake about him and he isn’t ready to be Spider-man.

Having a superpower can be a gift and also trouble. For talented people or superheroes, it’s easy to understand why they are hard to trust people around them. They have to wonder whether others love them for themselves or their super-gifts.

Spider-man’s problem is that his superheroes always seem to pull him away from those he cares about. Peter’s troubled love life is prominent in Spider-Man: Far From Home, as Parker attempts to put his superheroics on hold so that he may finally tell MJ how he feels about her. But she cuts him off by saying she knows he’s about to tell her he’s Spider-Man. Their next conversation leaves Peter feeling that Spider-Man is ruining his love life in more ways than one and that the only reason MJ is interested in him is that he is Spider-Man.

#8 Bucky confesses the truth about his son’s demise It’s quite controversial in both universes and among fans whether Bucky should be blamed. While many people could say that Bucky Barnes was brainwashed and had no control over his actions, confronting the human consequences when emotions are involved is considerably more difficult.

After all, Bucky Barnes must live with the reality that it was his hand that killed many people over the years, which forces the loved ones of innocent people to bear the agony he inflicted. However, when the audience learns that Bucky sought out the father because he felt bad for killing his son as the Winter Soldier.

Black Widow used to have a family, even though all just is a lie. It’s a spy family, but not all family members are old enough to realize what they are doing. Yelena, the younger of the two children, appears to believe she is part of a nice family in Ohio. That’s would explain how painful she is when she finds out the rest of that family didn’t take it as important and serious as she does.

#10 The Benatar blew away Ant-Man’s Tacos Scott Lang has to experience 5 years inside the Quantum Realm, where only a few hours pass. That takes many precious things from him. Especially, he has lost years of his daughter’s life. Then he returns to the Avengers to explain how time works differently there. He’s spent his life rescuing the universe but he has become a entertaining thing for his Avengers teammates. For example, when he is trying to unwind outside of the compound with a snack, Nebula lands the Guardians’ Benatar in the front yard, blasts his taco away, and then calls him a fool.