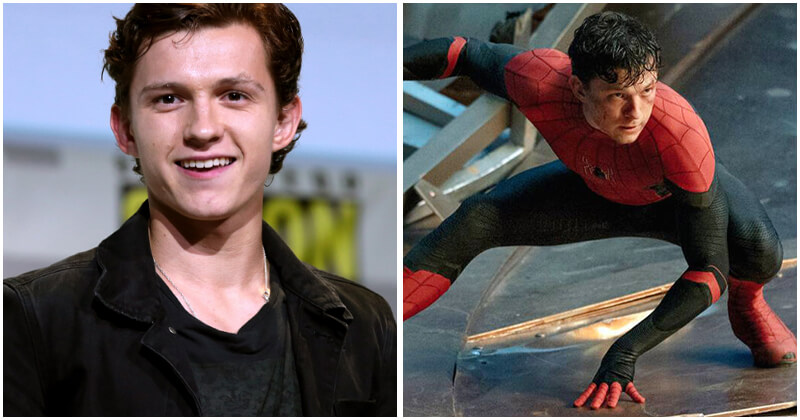 Spider-Man: No Way Home is finally out and everyone is watching Spider-Man’s latest adventure in the Marvel Cinematic Universe. As said several times by lead actor Tom Holland, this film closes a circle and the future of the character is uncertain.

However, this was only the situation when the actor uttered these words. In fact, things have changed a bit after Sony’s Amy Pascal broke the delay several days ago by announcing a new trilogy dedicated to this “wall climber”. Accordingly, Marvel Studios will collaborate with Sony Pictures on some really exciting works related to our beloved Spidey. And needless to say, Tom Holland will still be involved. It is not clear whether the actor will be the protagonist in all these three films because Tom Holland himself had expressed doubts regarding his permanence in the role of Peter Parker. However, there’s one thing we know for sure: Holland will be truly busy for the next few months with the start of the marketing campaign for Uncharted, his participation in Fred Astaire’s biopic, and a likely further appearance in an MCU ensemble film.

That last point was explained by producer Tom Rothman himself in a recent interview. “No specific plans, but it’s reciprocal. We lend one, then they lend one, and that’s how Benedict is in this movie, so we have one more lend back that is committed,” he shared.

Tom Holland’s Spider-Man will return sooner than we thought, in a MCU movie coming up.

“We lend one, then they lend one, and that’s how Benedict is in this movie, so we have one more lend back that is committed.” 👀🕷️ #SpiderManNoWayHome pic.twitter.com/bcgLqfIISn

Therefore, it’s easy to imagine that Marvel Studios will include Tom Holland in a new movie again before proceeding with the plans for the mentioned trilogy. In other words, nothing has been defined at the moment and it will take a while for the promising cooperation between Marvel and Sony to actually happen.

However, during the preview in Los Angeles, Tom Holland himself spent a few words about it, leaving perhaps a clue regarding the number of films he will be involved in. “I have a hilarious photo of me FaceTiming Zendaya with blood all down my face because I’d fallen over,” he said. “So when I saw that I apparently signed onto three more movies, I was like, ‘Ah, (crap), I’m going to have to cancel my next skiing holiday.”

It is not clear whether the actor was joking or not, but somehow this confession seems to confirm his involvement and, sticking to what was said on this occasion, it also seems that Holland will star in the whole new trilogy. But of course, we will have to wait a while longer for official news – especially from Marvel Studios, which has yet to pronounce anything itself.