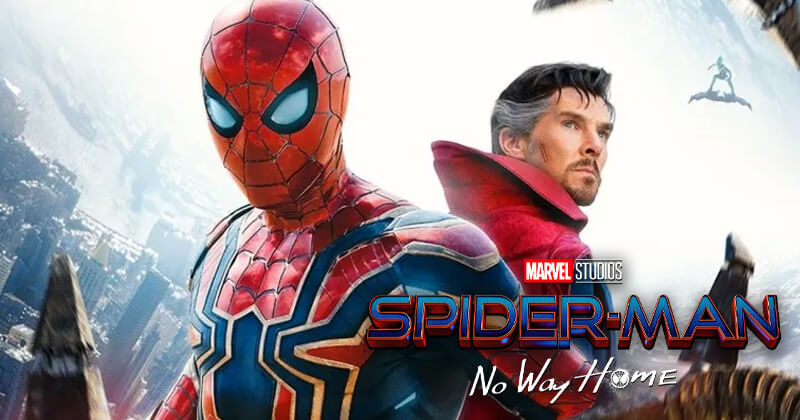 Finally, it has arrived! After about two and a half years, a decidedly unusual and particular marketing campaign, many rumors and theories and an infinite number of speeches about it, Spider-Man: No Way Home has landed in theaters for fans all over the world to experience the new adventure of this beloved superhero. For this third chapter, there is again Jon Watts who directs a cast formed by not only the usual Tom Holland, Zendaya, Jacob Batalon and Marisa Tomei, but also by the new Benedict Cumberbatch and, above all, Alfred Molina, Willem Dafoe and all the other villains that viewers had already been able to meet in the trailers of the film. In short, after two and a half years, Spider-Man has returned to the MCU with a story that promises to upset the character on several levels and bring him to unparalleled threats.

As No Way Home took shape, many wondered if this would be the umpteenth film in which Spidey is helped by his ally after the previous examples of Tony Stark and Nick Fury. Of course, most of us hope that our protagonist would be able to prove that he can now stand on his own and become the superhero who, in colorful comic pages, has conquered the eyes and hearts of fans by solving all the problems himself. So, will Marvel Studios and Sony Pictures be able to pack a film that lives up to the gargantuan expectations of fans? Thankfully, the answer is yes. Peter Parker finally manages to walk with his legs this time. Despite the help he receives from other characters like Doctor Strange and Aunt May, he is always the one to make all the important decisions and, in one way or another, faces all the consequences. Needless to say, Tom Holland is really incredible in bringing this new facet of the character to life and proving that he has grown enormously from an actor’s point of view.

It is not easy though, given that in such cases the public often travels so much with their mind that they imagine a film much larger than what one might have expected. The cinematic history is full of similar examples – especially blockbusters, and sure enough, the same thing could happen for this new journey of Spider-Man. Fortunately, in this case, the confusing work done during the marketing campaign has been matched by a completely opposite job of filmmaking. The script is accompanied by the excellent work done by Jon Watts in the control room. This No Way Home, beyond what it tells, is truly a beautiful film to watch. Just like the main character, the director also proves to have matured, to have treasured previous experiences, and to have found himself amazingly more at ease in an urban context. His action scenes have been shot in less exotic places, thus making verticality a real fundamental component. Each act of the movie has one or more great clashes between the protagonist and the villains, and they are all shot in a precise and accurate way that allows the audience to easily follow every move on the screen.

The CGI is almost perfect, probably one of the best ever used for a Marvel Cinematic Universe movie. There’s no doubt that shooting the final fight in a nocturnal sequence helps to mask some defects, but such meticulous details indeed show the attention in the making and production of the film. The nostalgic soundtrack is worth applauding as well, especially those moments when the musical themes of Sam Raimi and Marc Webb come back and support the narration in the best way possible. The screentime is certainly extended and dilated, but still appears generally right for the story that No Way Home wants to convey. There is a lot of fan service as well, which is actually not a bad thing since almost everything has been done well and intelligently.

Unfortunately, if from a technical point of view you are in front of a good product, from the script point of view, the excellent writing work is weakened by a fairly gross error that denotes the usual laziness of the Marvel Cinematic Universe in trying not to make mistakes. However, Spider-Man: No Way Home is still a gigantic movie that manages to live up to the equally gigantic expectations of people, even though it had been waited in an almost exhausting manner by the whole world for quite a long time. Sony Pictures, Marvel Studios, and above all Jon Watts have given us a masterpiece that’s funny at first, but later successfully excites fans with a good dose of nostalgia. In addition, this new hit is outstanding also thanks to the participant of a talented cast, with particular attention to Tom Holland, Willem Dafoe, and Alfred Molina.

In conclusion, Spider-Man: No Way Home is everything it should have been, and more. And yes, it’s definitely worth all the wait.