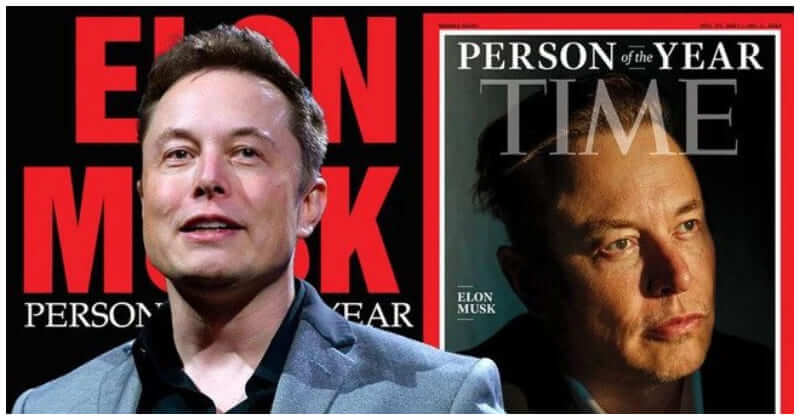 Overcoming many of the world’s top famous names, the richest billionaire on the planet aka the extravagant celebrity Elon Musk has just been named “Person of the Year” by TIME magazine TIME Magazine editor-in-chief Edward Felsenthal said that the Person of the Year is an outstanding influencer, and very few people have as much influence on life on Earth, even extraterrestrial as Elon Musk.

Felsenthal assessed that in 2021, Musk has become not only the richest person in the world, but also a clear example of social transformation.

Musk is widely recognized with a huge amount of wealth; however, not everyone knows that this man does not own a house. Recently, the billionaire even decided to sell his assets.

This is just one of many other interesting things about the “crazy guy” of the tech industry observed by the whole world. Any of his actions can cause waves in the market. Below are some interesting stories about this billionaire.

Going to Stanford University for only 2 days In 1995, Musk enrolled for a master’s degree in applied physics at Stanford, but the game-changing potential of the Internet at that time was more appealing to him.

As a result, Musk decided to apply for a leave of absence, promising to return in six months if his efforts were unsuccessful. The person in charge at the time said that the young man probably wouldn’t come back, and it turned out to be true.

Four years later, he sold the company to Compaq for $307 million – a record brand value for an Internet company at the time. Iron Man’s role in Marvel’s movies is a well-known and admirable image, but not everyone knows that this character is inspired and established based on Elon Musk.

When the director sought to personify the character of Tony Stark – who is rich, intelligent, charismatic, actor Robert Downey Jr. asked him to contact Musk.

As a result of this proposal, parts of Iron Man 2 were filmed at the SpaceX factory, while Musk sought to actualize the idea of ​​​​designing rocket parts through hand wave sensors like how the movie’s character did. Elon Musk “got charmed” with the technology industry at 10 after seeing a computer at the store. He managed to learn to program and develop a space shooting game called Blastar, which he later sold to a computer magazine for $500.

Of course, the ambitious boy didn’t just stop there. Musk and his younger brother Kimbal planned to open a video game store near the school, but the two failed to get a license due to their parents’ refusal to be legal.

The inspiration to the solar power company In 2004, Musk drove with his cousin, Lyndon Rive, to the year-end festival in Nevada. A successful entrepreneur in the software industry, Rive shares that he aspires to build a more meaningful business.

Upon listening to Rive, Musk asked him to consider the potential of solar energy, and the idea blossomed with each turn of the wheel in the other desert.

Rive then created SolarCity with his brother, making the business the largest supplier of solar energy in the United States.

The other festival even piqued Elon Musk’s “crazier” idea when he envisioned an electric aircraft taking off and landing right in Nevada.

That’s not the only time this man surprised everyone around him with his “unique” thoughts and daring plans beyond human imagination. Most recently, on Twitter, the founder of SpaceX said that this business is starting a project to separate CO2 from the air and turn them into rocket fuel. “Will also be important for Mars,” he wrote.

In mid-September, SpaceX made the aviation industry experts to take their hats off when it successfully launched a spacecraft into space for the first time without a professional astronaut. This startup of Musk is ahead of Boeing and many other “giants” in America’s future journey to space travel. But Musk’s ambitions never stop, as his plans continue to transform the familiar automobiles industry. Tesla, the electric vehicle company that has recorded significant growth in 2021, surpassing the $1 trillion market cap, becoming the most valuable car manufacturer in the world.

Not only can Tesla produce hundreds of thousands of cars a year, it can also deal with supply chain disruptions better than its industry peers.

At the same time, the emergence of Tesla is changing the prejudiced view of consumers about electric vehicles, triggering a wave of electric vehicle production among automakers.

Just a few years ago, Elon Musk was seen as a crazy scammer on the verge of bankruptcy. Now, this South African-born man is forcing governments and industries to follow his ambitions, TIME magazine writes.

Sagittarius And Their Money Habits…Don’t Miss Them

Hilarious Ways To Deal With Bad Mood Of A Cancer

Reactions Of Aquarius When They Meet Their Soulmate, Describing in 15 Memes

Aquarius’ Confidence Deserves To Get 100 Points, Proving In 15 Funny Memes

Simple Pleasures That Will Instantly Boost Your Mood, According To Your Zodiac Sign

Music And Cancerians Are Inseparable, Showing Through 15 Funny Memes

25 Scenarios After Zodiac Signs Say “I Don’t Overthink”, And They Are So Funny