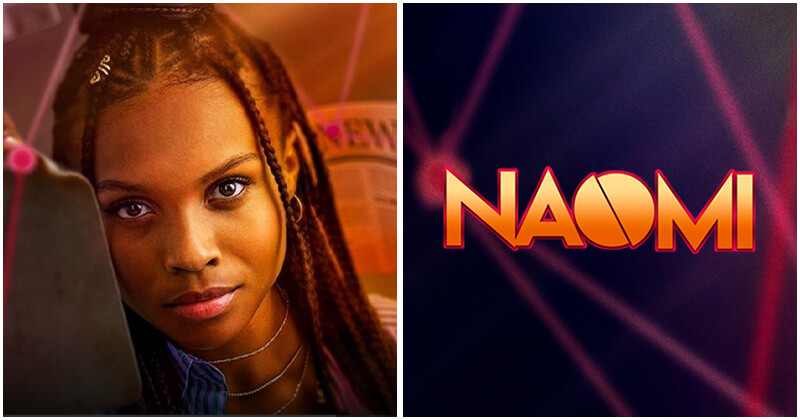 A new image from the set of Naomi – the upcoming DC series produced by The CW, has just unveiled the presence of a historical character from the DC universe. As fans already know, the show will be based on the 2019 same-name comic series created by Brian Michael Bendis and David F. Walker and illustrated by Jamal Campbell. Now, according to Entertainment Weekly, the protagonist will soon find herself an unlikely mentor named Dee (played by Alexander Wraith), the owner of a tattoo parlor who later reveals that he is actually an alien from the planet Thanagar.

In fact, planet Thanagar is no stranger to DC comic fans since it’s the home planet of many famous characters such as Hawkman and Hawkgirl. The latter has already appeared in the Arrowverse universe in the first season of Legends of Tomorrow, which stars Falk Hentschel and Ciara Renée. Kaci Walfall, who lends her face to Naomi, describes Dee as “a kind of like her Mr. Miyagi. He really believes in her more than she can believe in herself. Although he doesn’t have all the answers, he teaches her more and more about how to control herself.”

In the newest image from the set (which was also released by Entertainment Weekly), we can see Dee showing off his characteristic metallic wings, and he looks utterly fantastic! Naomi‘s pilot episode will be directed by Amanda Marsalis. In addition, Ava DuVernay and Jill Blankenship also appear as the producer and the showrunner of this awaited series.

The cast of Naomi features Kaci Walfall in the role of the leading character of the show, flanked by the regular appearances of Alexander Wraith, Cranston Johnson, and Camila Moreno. Other names involved include Barry Watson, Mouzam Makkar, Mary-Charles Jones, Aidan Gemme, Daniel Puig, and Will Meyers.

The series is scheduled to premiere on January 11 2021 on The CW.