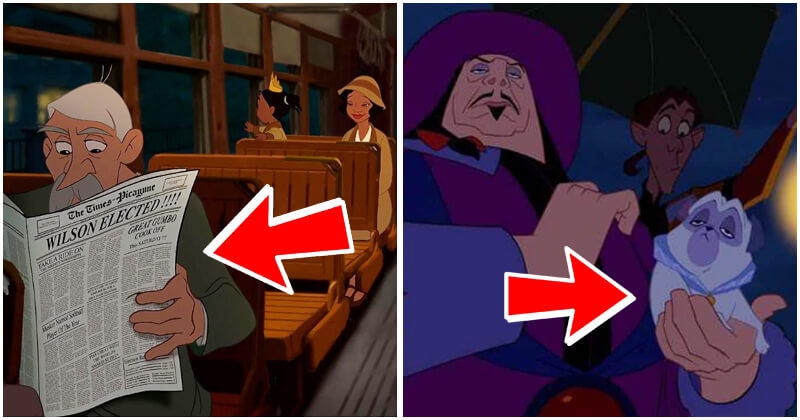 Disney always knows how to surprise the audience and makes them admire its attention to every detail. From the way the characters are built, the thrilling storylines to the good-life values ​​they convey, this studio’s movies have hardly ever disappointed anyone. It is for these reasons that Disney has successfully built a loyal and die-hard fanbase that always looking forward to its next works.

However, Disney has occasionally encountered criticism for the way this studio handles historical elements. While it’s true that Disney often incorrectly adapts historical information to fit the story, they’re not always inaccurate all the time. For instance, the fact that Kanai avenged his brother’s death in “Brother Bear” is quite accurate based on Inuit cultural traditions, or the ice cutting process in 19th century Scandinavia was correctly depicted in the movie “Frozen”.

If you want to discover more fascinating historical details embedded in Disney movies, don’t hesitate to scroll down to check them out with us, and feel free to let us know your thoughts about this interesting information!

#1 The fashion in “Beauty and the Beast” was mainly based on the typical costumes of France in the 1700s. It is accurate to the time period this movie was set in!

#2 In a scene from “Aladdin”, there is a person chipping off the Sphinx’s nose. According to research by archaeologists, the face of the Sphinx was actually damaged around the 1370s. Disney filmmakers were very subtle when including this detail to make the film more realistic.

#3 “Brave” has captured the unique feistiness of medieval Scottish women.

In an interview, Scottish historian Laura Barnett once shared that the fact that the film has a strong woman at its center might be quite true according to Scotland’s history.

#4 The look of the Northuldra tribe of reindeer hunters in “Frozen II” is similar to the appearance of the Sami. Did you know that “Frozen II” used the Sami people as the basis for designing and sketching the Northuldra people? On grounds of some historical evidence, there is a reason for us to believe that the scene where Pocahontas saved John Smith was created based on a true story.

#6 The fact that Kanai avenged his brother’s death is quite accurate based on Inuit cultural traditions. In Inuit culture, it is the responsibility of the victim’s son or brother to revenge for his family.

#7 The fact that Moana’s tribe stopped exploring after Maui stole the heart of Ta Fiti was based on “The Long Pause” – a historical event of Polynesia. However, the reason for this long pause still remains unknown. This is best demonstrated through a scene from “Robin Hood” where Prince John complained about his mom’s one-sidedness. That’s why you see a pug being petted by a governor in “Pocahontas”.

#10 The ice cutting process in 19th century Scandinavia was perfectly depicted in a scene from “Frozen”.

Disney filmmakers incorporated a lot of real historical events into “Frozen” and the ice harvesting techniques were one of them.

This scene reminds us of Plato’s story of Atlantis being cut out in the middle of the sentence because the rest of the manuscript was lost.

#12 The settler in “Pocahontas” used the correct British flag.

Did you even notice this subtle detail?

#13 Elaborate Incan aqueduct systems like those in “The Emperor’s New Groove” were real. These aqueduct systems were so solidly built that one of them is still in use today.

#14 In “Princess and the Frog”, there was an article about Wilson’s election. Wilson was elected in 1912, which was also the time when the film set in. This is such an awesome detail, don’t you think?