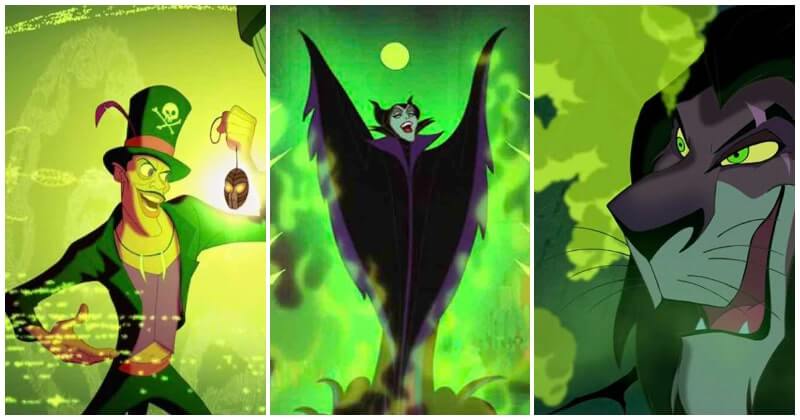 The Evil Queen, Maleficent, Ursula,… and other Disney villains all have the same point: aside from the evil plots to harm the heroes, almost all of them have something to do with the color green. In fact, these villains have very different purposes and motives, but why are they almost all set to the same color?

Green can symbolize a variety of things: development, healing, and nature, but it can also connote certain negative meanings. It’s a combination of greed, envy, and illness. All of these characteristics are associated with Disney villains. Consider the Evil Queen in the Disney “Snow White and the Seven Dwarfs,” her eyes are green. After she disguises herself as an ancient witch, her eyes grow even more strangely. Maleficent, the evil of “Sleeping Beauty”, is next. She perhaps more than any other Disney villain exudes a wicked green radiance. It even encompasses her castle. Even when she transforms into a dragon, she breaths her green fire. Then there’s Ursula in “The Little Mermaid”, who summons horrific green lightning hands while casting the spell that takes away Ariel’s voice. Scar, on the other hand, has both malevolent lime green eyes and a full lair of green smoke and fire that bursts around him in perfect time when he sings “Be Prepared.” Last but not least, Dr. Facilier from “The Princess and the Frog” is covered with greens when he conjures his friends.