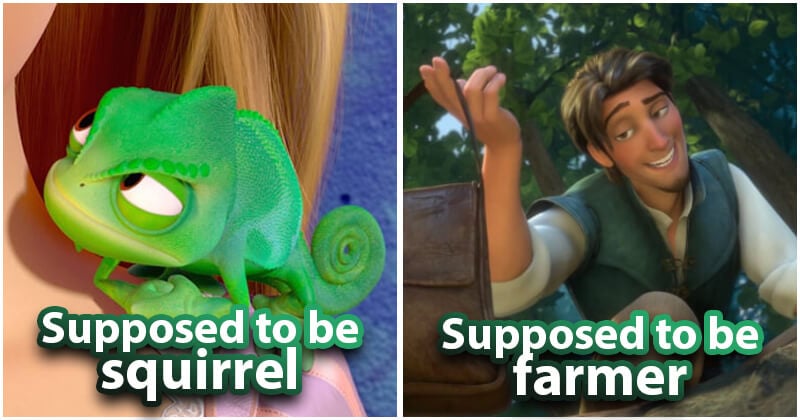 It’s not a secret that Disney is one of the brightest stars when it comes to the most influential film studios of all time. Through its many ups and downs, Disney still retains its reputation thanks to high-quality movies that are impressive in both content and visual effects. After the not-so-popular Post-Renaissance Era (2000-2009), Disney returned to its peak with several hits such as Moana or Frozen. And of course, we can’t forget the movie that started this incredible period – Tangled (2010).

Tangled follows the Disney original formula by taking Rapunzel as the center of the plot and tells us her journey to get back to her true home and conquer her happiness. With meticulous investment to the smallest details, the engaging storyline, and awing visual effects, Tangled quickly won the love of Disney fans around the world. And since the movie has just celebrated its 11th anniversary, we think it’ll be great to rewatch it again and find out the most fascinating facts about this stunning animation.

Are you confident that you know everything about this movie? Just keep scrolling down to see 16 little-known facts about it and if you already know them all, you really are Tangled‘s most attentive viewer!

#1 At first, Disney intended to use fireworks instead of lanterns. Fortunately, Disney changed its mind late and we have a beautiful sky full of lanterns for this romantic scene.

#2 The main cast of Frozen used to audition for the role of Rapunzel. Did you know that Kristen Bell and Idina Menzel – the voice actresses of Anna and Elsa, actually auditioned for Rapunzel in Tangled? Thankfully, more suitable roles were waiting ahead these two ladies!

#3 Disney’s software engineer once mentioned that Rapunzel’s hair would weigh between 60 and 80 pounds. Another interesting fact: Her luscious hair is about 70 feet long.

#4 Legendary voice actor Frank Weller was the one responsible for voicing both Maximus and Pascal. Did you know that these two animal characters were voiced by the same person?

#5 Before Frozen came out, of all Disney princesses, Rapunzel was most likely the one with the biggest eyes. Those eyes make her look both cute and alluring at the same time, don’t you think?

#6 Instead of a swashbuckling thief, Flynn Rider was supposed to be a British farmer. #7 The objects hanging from Rapunzel’s cradle represent some of the characters from the film. It’s such an interesting detail, right? Disney spent nearly 260 million dollars producing Tangled and that amount was definitely worth it.

Did you know that when Rapunzel and Flynn first met, Flynn was already 26 while Rapunzel was only about to turn 18?

#10 Rapunzel drew some symbols from other Disney movies on the wall in her tower. If you look at this scene carefully enough, you can see there are many interesting drawings there: an apple for Snow White, a slipper for Cinderella, a rose for Belle, and a shell for Ariel.

#11 The Kingdom of Corona was based on the Mont Saint-Michel on the Normandy Coast of France. This small island is one of the most visited places in France and attracts more than 2 million tourists every year.

#12 Maximus used a Roman sword in his fight with Flynn Rider. Such a smart horse!

#13 Flynn Rider went through a number of “hot man” sketches before appearing to us as a handsome swashbuckling thief that we know and adore. This outcome is utterly fantastic!

#14 Pascal was supposed to be a squirrel. Initially, Disney intended to design Rapunzel’s cutie companion in the shape of a lovely squirrel. Fortunately, however, Disney later changed its mind and here we have a mischievous green chameleon.

#15 Rapunzel accidentally caught the lantern that her parents sent into the sky. Maybe thanks to this lantern, Rapunzel did indeed come back to her home after so many years. Mother Gothel’s dress came from the Renaissance Era, while Tangled took place in the 1700s. It means that Mother Gother had been living for almost 400 years.