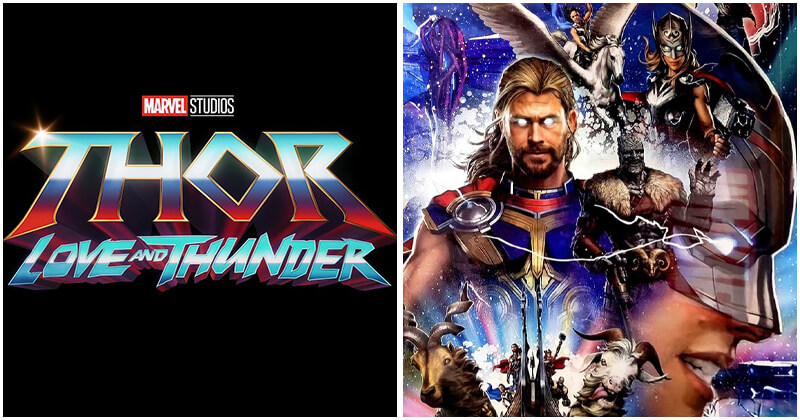 In the last few hours, a leak related to Thor 4 has started to circulate on the internet. As reported by many magazines, it has just unveiled the first official poster of Thor: Love and Thunder, the awaited movie that will bring the God of Thunder back to center stage after the events of Avengers: Endgame (2019). In the poster posted on Twitter, we see Chris Hemsworth with his brand new armor being surrounded by some mighty faces of the MCU, who are linked to the adventures of the Asgardian. Among these stand out Korg, Valkyrie, Jane Foster in her personal incarnation of the God of Thunder, together with a menacing presence in the background that could be the announced villain of the film – Gorr The God Butcher.

Oddly enough, despite all the widely spread rumors, there is actually no member of the Guardians of the Galaxy in this poster.

Here is the leaked version of the poster: Directed by Taika Waititi and based on the 2016 comic book The Mighty Thor written by Jason Aaron, Thor: Love and Thunder is scheduled to hit theaters on July 8, 2022. Very little is known about the movie’s plot other than it will take place after the events told in Avengers: Endgame and Thor: Ragnarok (2017), but fans hope to learn more in the coming months.

In the film, we will see Chris Hemsworth as Thor and Tessa Thompson as Valkyrie as usual, and we will also see the return of Natalie Portman as Jane Foster after her last appearance in Thor: The Dark World (2013). Christian Bale, on the other hand, will make his MCU debut as Gorr The God Butcher, the film’s main antagonist. There will be many members of the Guardians of the Galaxy, including Star-Lord, once again brought to the screen by Chris Pratt, Drax the Destroyer played by Dave Bautista, Nebula played by Karen Gillan, and Mantis again played by Pom Klementieff.

Notably, director Taika Waititi himself will return to impersonate Korg.