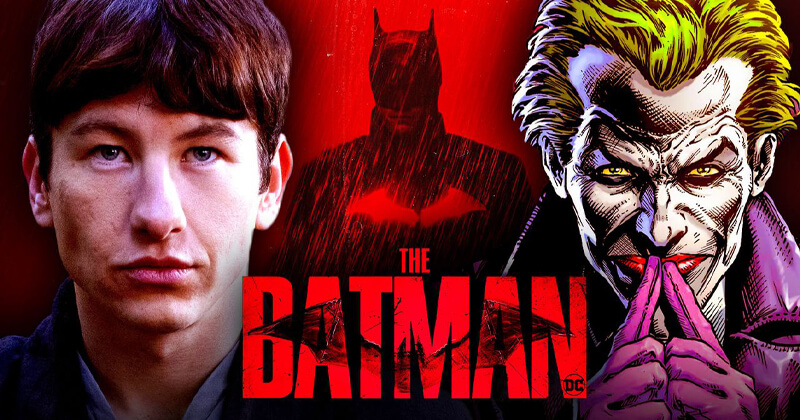 Warner Bros. would be evaluating two different montages for The Batman, which has just been subjected to screening tests several days ago.

As reported by The Hollywood Reporter, the final screening of the film has already taken place and the major has already made its choice on which of the two montages will be distributed in theaters. Especially, according to an insider, one of the two montages subjected to examination includes the exclusion of a character from the film, who is preserved in the other instead. At the moment, there have been no further details that can help us speculate on the identity of the character in question. However, this rumor comes only a few days after rumors that Barry Keoghan, who has just shown up in Marvel’s Eternals, would also appear in The Batman as none other than the famous villain Joker even though his officially-reported part is Stanley Merkel, a police officer from the Gotham City Police Department.

Keoghan’s alleged secret role has sparked enthusiastic reactions from fans on social media, although it has not been confirmed by either the actor or Warner Bros. at the moment. While we already know about the presence of the Riddler and other criminals mentioned in the official synopsis of The Batman, there’s no denying that it also alludes to the attendance of another great antagonist hidden in the shadows. The synopsis of the film in fact reads:

From Warner Bros. Pictures comes Matt Reeves’ “The Batman,” starring Robert Pattinson in the dual role of Gotham City’s vigilante detective and his alter ego, reclusive billionaire Bruce Wayne. Two years of stalking the streets as the Batman (Robert Pattinson), striking fear into the hearts of criminals, has led Bruce Wayne deep into the shadows of Gotham City. With only a few trusted allies—Alfred Pennyworth (Andy Serkis), Lt. James Gordon (Jeffrey Wright)—amongst the city’s corrupt network of officials and high-profile figures, the lone vigilante has established himself as the sole embodiment of vengeance amongst his fellow citizens.

When a killer targets Gotham’s elite with a series of sadistic machinations, a trail of cryptic clues sends the World’s Greatest Detective on an investigation into the underworld, where he encounters such characters as Selina Kyle/aka Catwoman (Zoë Kravitz), Oswald Cobblepot/aka the Penguin (Colin Farrell), Carmine Falcone (John Turturro), and Edward Nashton/aka the Riddler (Paul Dano). As the evidence begins to lead closer to home and the scale of the perpetrator’s plans becomes clear, Batman must forge new relationships, unmask the culprit, and bring justice to the abuse of power and corruption that has long plagued Gotham City.” So far we have taken it for granted that the Riddler was the only great villain in the film, but at this point, it could be a red herring that would complicate matters.

Directed by Matt Reeves and written by writing-prodigy Mattson Tomlin with the contribution of Reeves himself, the new movie dedicated to the Dark Knight will be set in a new universe detached from the DC Extended Universe, also known as Earth-Two. It will star Robert Pattinson as a young Bruce Wayne in his second year as a masked vigilante.