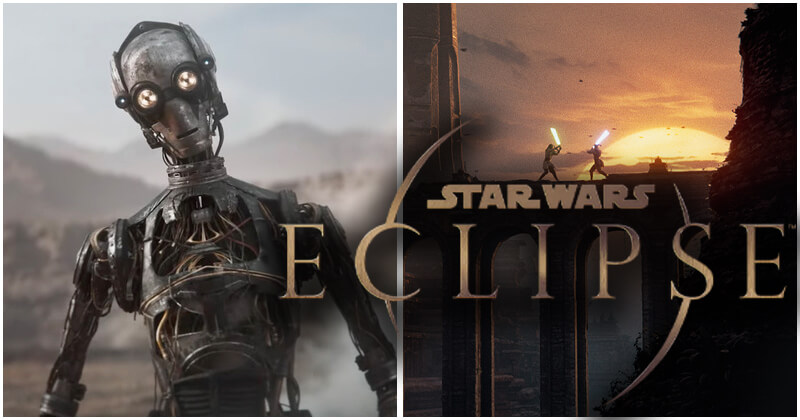 Quantic Dream, the award-winning video game studio and publisher has unveiled its newest product Star Wars: Eclipse with a revealing and fascinating cinematic trailer during The Game Awards 2021 held at the Microsoft Theater in Los Angeles. To be honest, that trailer not only amazes us but also raised expectations to the stars. Immediately after it is unveiled, there have been numerous rumors about the game and fans simply can’t wait! Accordingly, Star Wars: Eclipse is the first video game to be set in an unexplored region of the Outer Rim during the High Republic era, known as the Golden Age of the Jedi. The game will be created on Quantic Dream’s experience in building deeply branching narratives and is expected to go beyond its already established success. In Star Wars: Eclipse, player choices will be at the center of the experience since each of their decisions, even the smallest ones, will heavily affect the storyline. Especially, there will be plenty of spectacular new spots featured in the game for you to freely discover with your own character. Created in collaboration with Lucasfilm Games, Star Wars: Eclipse is the most ambitious project in the history of the company so far. This promising new title is currently in the early stages of development in both Paris, France and Montreal, Canada. However, according to a well-known insider from Bespin Bulletin, the game won’t be out until 2024.

Famous leaker Tom Henderson even insists that it will take Quantic Dream at least 3 – 4 years to finish this project.

A few things on #StarWarsEclipse

Although the two insiders claim to have received information from separate sources, both sources are told that Star Wars: Eclipse still has a long way to go and hint that the Star Wars: Knights of the Old Republic remake will be out much sooner. This is actually not surprising, given that the recently released trailer is only a reveal, and that the game’s website itself has stated that the title is still in development.

You can watch the trailer here:

What do you think about this exciting project? Are you as eager as we are? Let us know in the comments below!

These Cat Jokes That Are Guaranteed To Make You Cringe

Black Cat Adoption: 17 Reasons Why You Should Bring One Home