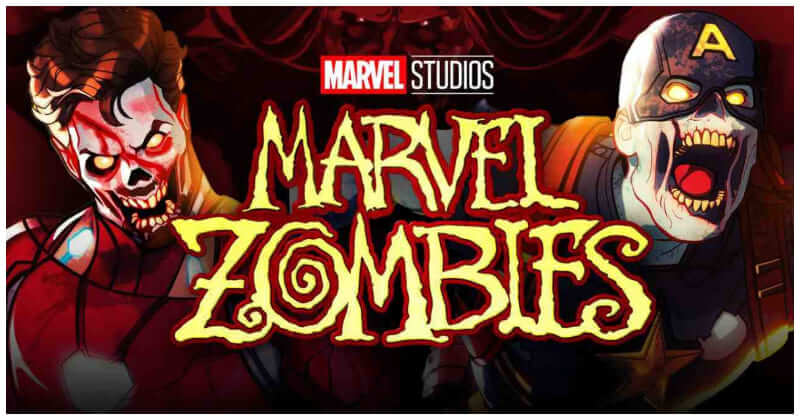 Superhero with immense power fighting evil scheme of powerful villain is classical for every superhero fan, so from time to time, filmmaker and comics writer drop in several exciting big twists here and there. And Zombie is scary and exciting, right? Imagine Super Zombies!! There we have it, our big twist of MCU. And Marvel fans are in love with this plot, so Disney does what they do best, give us what we want – Marvel Zombies. “Marvel Zombies” is among the most wanted series on Disney+. One of the forthcoming projects is the tv series. The idea of the series is not unexpected, considering the zombie episode of “What If…” was positively accepted by fans. The “What If…Zombies?” episode provides an explanation to the MCU after Hank Pym returns from the Quantum Realm. He brings back a virus that infects humans and changes them into perpetually starving Zombies. “Marvel Zombies” adds a fresh spin to the MCU heroes. It is a total game-changer for the Avengers world in general. With characters such as the zombie Scarlet Witch and Spiderman Zombie, this is also a risky strategy. It clarifies why Marvel Zombies is currently in the spotlight. Because the Zombies in the comics differ greatly from those in the series, there are several incarnations of Marvel Zombies.

The filmmaker has not disclosed any details on when the tv series will premiere. The post on Twitter merely states “streaming soon,” which provides no information about the planned date. The program appears to be in its early stages of development. That is most likely why no teasers have been published as of yet. So it appears that the series will be available over the next year or so. “What if?” premiered on August 11, 2021, and was confirmed in April 2019. According to this timeframe, “Marvel Zombies” might take two years to reach viewers.

#3 The Cast Of Marvel Zombies: As of now, there is no information about the Show’s starring role. It will be determined by how the MCU approaches the plot. If the show takes on the element of becoming an altered version of the MCU from the “What if?” tv show, the cast will stay the same. Just a few heroes escape the battle between Hulk (Marc Ruffalo) against Scarlet Witch and her horde of Zombies.
This allows Ant-Man (Paul Rudd), Spider-Man (Hudson Thames), and Black Panther (Chadwick Boseman) to flee to Wakanda. Meanwhile, Zombie Thanos has taken over the kingdom and seized the Infinity Gauntlet! Thames and Rudd may have to return to battle the Zombie horde. However, Chadwick is uncertain to make a return. There has been no verification from Marvel or Disney on the plot arc of “Marvel Zombies.” It might be a spinoff of “What If?” or it could go in a whole other direction. Fans will know the label from the Marvel Zombies 2005 show. Robert Kirkman also wrote this series (The Walking Dead). With the entrance of Sentry (Marvel’s equivalent of Superman), the Zombie virus spreads like wildfire. He appears from another realm and rapidly infects all of the superheroes. When the Zombies consume Silver Surfer, the situation worsens. Only a few individuals have the chance to absorb the Power Cosmic, kill Galactus, and inherit his powers. That’s stunning! According to the Marvel site, “the animated series from Marvel Studios brings to life the Marvel Universe as a younger generation of heroes battles an ever-expanding Zombie plague.”.