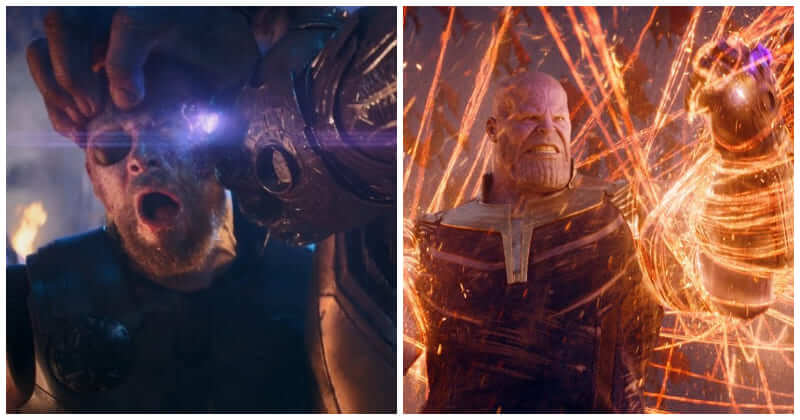 The six-issue limited series The Infinity Gauntlet by Jim Starlin was a turning point for Marvel. Thanos obtains the six powerful infinity stones. In every way, he becomes an actual divinity. In his effort to earn Lady Death’s love, he wipes away half of the cosmos with the gemstones. The series’ success was extraordinary. The Infinity Gauntlet, being one of the key events in the primary timeline, was portrayed by the Marvel Cinematic Universe for Avengers: Infinity War & Endgame.

The collective power of the six Infinity Gems/Stones has been demonstrated in both comics and films. Each of these stones has its unique essence and functions, and as a result, they can provide an enormous advantage to the holder. The Power Stone, on the other hand, possesses special characteristics that may serve a bigger function in the future. But how important is it? Let us explore. The Infinity Stones do indeed have consciousness, which can impact the wielder when they are carried. Captain America was depicted using the Power Stone once in New Avengers #3. Tragically for him, his soul was tainted, and he succumbed to the stone’s allure. The stone’s appeal was strong enough to corrupt even the most honorable of heroes. The source of the Infinity Stones appears to be different in the films than it is in the comic books. In the comics, the six Infinity Gems were fused into a single cosmic entity known as Nemesis. Out of loneliness and sorrow, the being committed suicide, resulting in the birth of 7 Infinity Gems (including the Ego Gem). The Stranger discovered the first Infinity Gem, which happened to be the Power Gem. The Power Stone, in its most basic form, offers its user endless endurance and increases the user’s strength to unthinkable degrees. Nevertheless, given appropriate training, knowledge, and abilities, the Power Stone can bestow omnipotence on its bearer, transforming him or her into a veritable deity in the truest form.

The Power Stone possesses the incredible capacity to harness all types of energy found in the cosmos. When possessed, it multiplies the user’s current capabilities indefinitely. It also allows you to mimic any physical superhuman ability in order to become unstoppable. Its capacity to control energy also aids in the powering of any type of equipment with an infinite power supply to operate it perpetually. The Power Stone has passed through many hands over the Marvel universe’s chronology. The gemstone has been utilized for a variety of reasons by numerous characters in both comics and films. Champion of the Universe, Thanos, Nebula, Thor, Loki, Adam Warlock, Mister Fantastic, She-Hulk, Red Hulk, The Juggernaut, Nova Corps, Star-Lord, Emma Frost, Galactus, Captain America, and Black Panther have all handled the Power Stone in the comics.

#6 Stabilizes the Other Stones Although though utilizing only one Infinity Stone is deadly, using the complete set except for the Power Stone is a bad idea, even for exceptionally powerful champions. The Power Stone stabilizes the entire set, lowering the danger of utilizing the Stones together.

#7 Enhances the Power of Other Stones Following the events of Infinity Watch, the Infinity Stones were handed to several trusted people in order for them to be secure and not fall prey to their allure. Drax the Destroyer was selected as a part of the Infinity Watch to guard the Power Gem. However, he…swallowed the gemstone after confusing it for a jelly bean. In Avengers: Infinity War, we were presented to the pocket reality contained inside the Soul Stone, where Thanos and kid-Gamora reunite. Likewise, a tiny universe exists within the Power Stone. The Arena, which mimics a Colosseum, is a chaotic universe where warriors compete to become victors. Dynamus, the living manifestation of the Power Cosmic, rules over it. Tony Stark battled the Avengers of 1,000,000 B.C. in a recent edition of Avengers and survived by the skin of his teeth. Tony is confined in ancient history by Mephisto and stumbles across powerful artifacts and beings. Gorgilla, the colossal man-ape altered by the Deviants, also assaulted him. Gorgilla has been connected with the Power Stone, making him infinitely more dangerous.

20 Adorable Comics That Will Put A Smile On Your Face

16 Terrifying Cosmic World Eater Arts That Will Give You Goosebumps