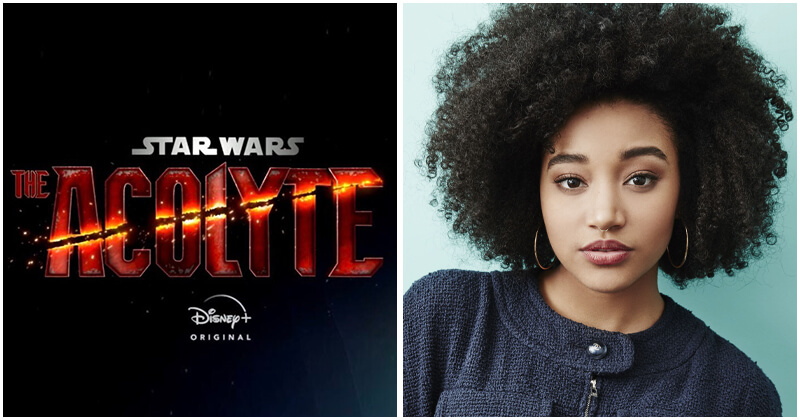 The future of the Star Wars franchise continues to be expanded on Disney with enchanting TV series and animated series. At this moment, it’s safe to say that the galaxy far far away has never been so populated with so many interesting projects that happen at the same time.

Among these new projects, the most awaited by fans is definitely Star Wars: The Acolyte, a live-action TV series that sets in the last years of the High Republic, a greatly important historical moment for the Jedi order and for the Galaxy that is being explored in numerous projects – including comic ones.

Star Wars: The Acolyte was already announced about a year ago but we haven’t seen any further updates since then. Fortunately, now we know something. According to Variety, American actress-singer Amandla Stenberg is in advanced talks to play the leading role in the series. Stenberg made her big-screen debut as Rue in The Hunger Games (2021) and thanks to this role, she won the Teen Choice Award for Best Chemistry. Notably, this amazing girl also had a nomination for the Critics’ Choice Award for Best Young Actor/Actress and won the NAACP Image Award for Outstanding Actress in a Motion Picture for her performance as Starr Carter in the film The Hate U Give (2018). News of Stenberg’s involvement was first announced by The Illuminerdi. While details regarding Stenberg’s character are scarce, at least we know that The Acolyte will be a martial arts-influenced thriller that takes us to a galaxy of dark secrets and awakening powers. In other words, we will be in the full final period of the High Republic.

Why Is Chadwick Boseman Inspirational? The Legacy Of The Original Black Panther