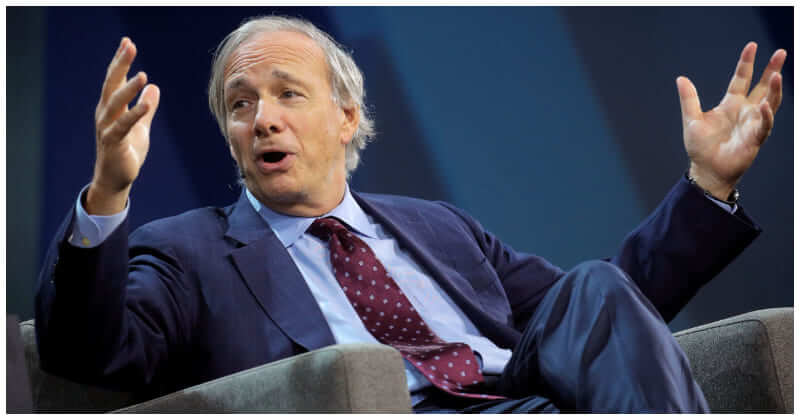 Ray Dalio, 72, founder of the world’s largest hedge fund Bridgewater Associates, is warning of another impending financial crisis and offering advice to prepare for the future. The multi-billionaire foresaw the 2008 financial crisis. He then predicted that the US economy would see stressful financial conditions for many years due to the Covid-19 pandemic.

Now he is warning of another impending economic disaster and offering advice to prepare for the future. “I think we’re at risk of a war with China. Largely due to misunderstandings,” Dalio told CNBC.

Dalio noted that his prediction isn’t a fact. He had also made wrong predictions in the past. But he also said a future disaster is inevitable, given what has happened over the past 500 years.

In other words, if the upcoming US-China conflict doesn’t affect the economy, then there’s another problem. This is why Ray Dalio thinks disaster is near and offers 2 tips for future preparations. In his new book, “Principles for Dealing with the Changing World Order,” Dalio writes that US’s attempts to “Americanize” China and the culture of this country can backfire and lead to a conflict.

This could further escalate the US-China trade war. Trade tensions between the two countries began with the Trump administration in 2018, leading to US companies cutting wages, reducing profit margins and increasing consumer prices.

Moody’s research indicates that the trade war cost the US at least 300,000 jobs in its first year alone. In 2020, the Federal Reserve Bank of New York found that the trade war has cost American companies about $1.7 trillion in market capitalization. Ray Dalio expressed hope that the US and China would stay away from the brink of conflict. Whatever happens, Ray Dalio suggested a simple rule for approaching future change: If you worry now, you won’t have to worry about the future. And vice versa.

Anxiety prompts each person to scrutinize their own personal risks and encourages action, he said.

For example, “places to live” is also a type of risk. In Dalio’s book, he mentioned the “Health Index”, which evaluates more than 10 countries based on 18 different factors such as debt burden, military strength and economic output. This index helps readers assess risks and form strategies where they live and invest.

Similarly, Dalio also advised investors to assess financial risk in inflation-adjusted terms rather than dollar terms. But that doesn’t mean people should just choose other investments over savings or vice versa. Amid the turmoil, Dalio says emergency savings should be backed by a safe and diversified portfolio.

Tip#2: Save and diversify your portfolio Dalio’s first step to a strong portfolio is to evaluate your current investment strategy. Think about how many weeks you can last with your current finances if you lose your job. Dalio points out that this always helps to find the worst-case scenario and avoid letting yourself into it.

Be sure not to “put all your eggs in one basket”, he stressed. He recently told CNBC that cash is no longer a safe investment as inflation has hit a 31-year high in the US.

Instead, he advises building a portfolio as diversified as possible, from bonds to gold. Portfolios can even include digital assets like cryptocurrencies. In May, Ray Dalio told CoinDesk that he personally owns a “small amount” of Bitcoin, despite his longstanding criticism of the cryptocurrency. The reason he gave was for the purpose of diversifying his portfolio.

Check Out Scorpio’s Personalities With 15 Cute Memes With Kids

Simple Pleasures That Will Instantly Boost Your Mood, According To Your Zodiac Sign

What Makes Pisces Sad? All Will Be Exposed In 15 Funny Memes

Get To Know Aquarius Through Their Daily Moments

21 Clever Life Hacks Showing That Human Creativity Has No Limits

10+ Most Relatable Memes When You Want To Date A Scorpio