Meet a mysterious cat Olly Oliver who became popular on social media in November after he was spotted by customers of Sainsbury’s in Brockley and a Twitter user who uploaded an image of the cat to the social network.
A cat was seen in a branch of Sainsbury’s in Brockley. Apparently, staffs and securities tried to remove him, but he just kept sauntering back in and sat on a shelf. Olly lives on the road next to the shop – which is the reason why he keeps going in. The cat is a regular fixture at the Mantle Road supermarket.
Residents of Brockley have been referring to him as the “star of Brockley” and that we should “forget Grumpy Cat, because we have Brockley Cat”.
Olly the cat is apparently very friendly. Everyone was stopping to give him a tickle.
It appears he has been accepted as a regular customer, or staff member of the shop.
A store spokesperson said “He lives in the house next door and he’s in here every day, all the time. He’s not allowed to be here, the staff like him, but he is a health and safety risk.” I, for one, wish that more stores had regular cat visitors. 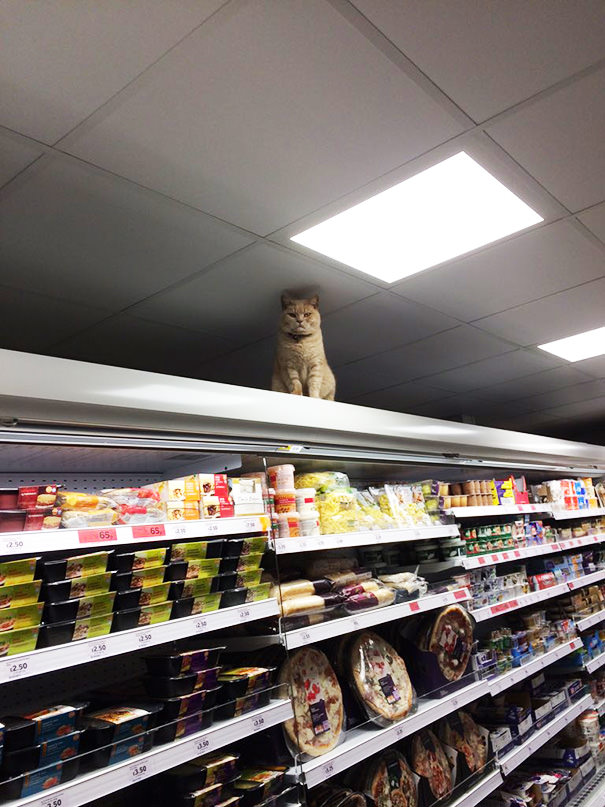 And he’s judging your shopping! 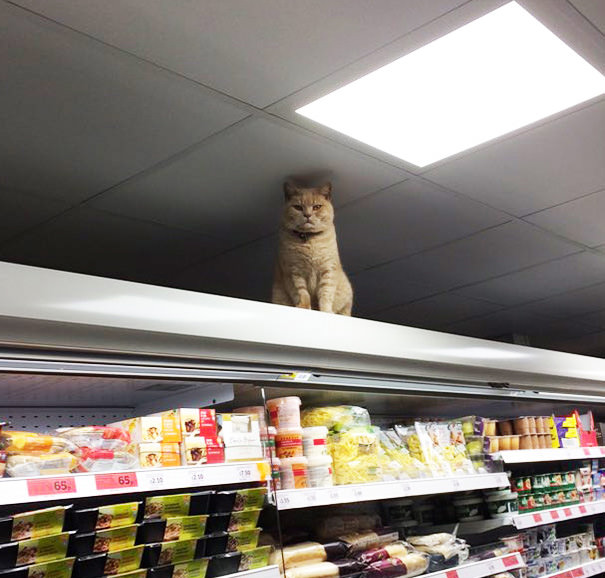 “Security tried to remove him. He sauntered straight back in” 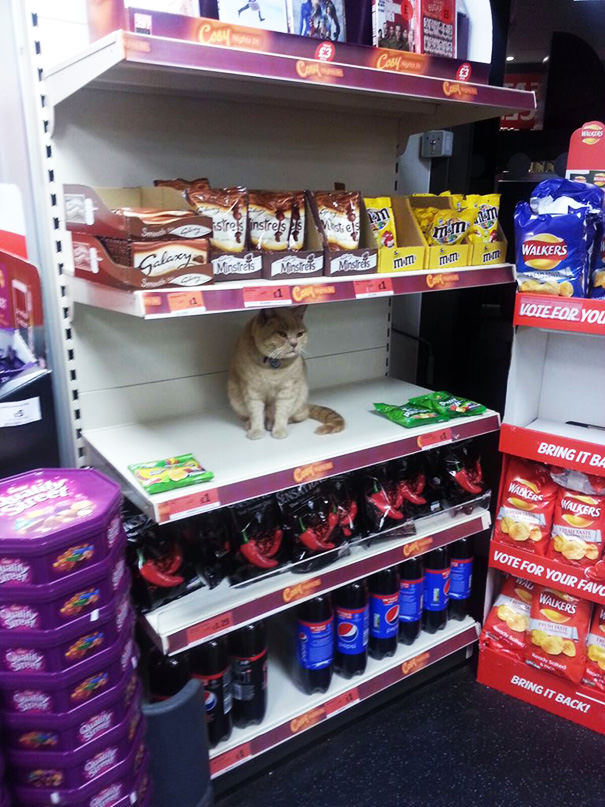 Sir, what are you buying? Calories? 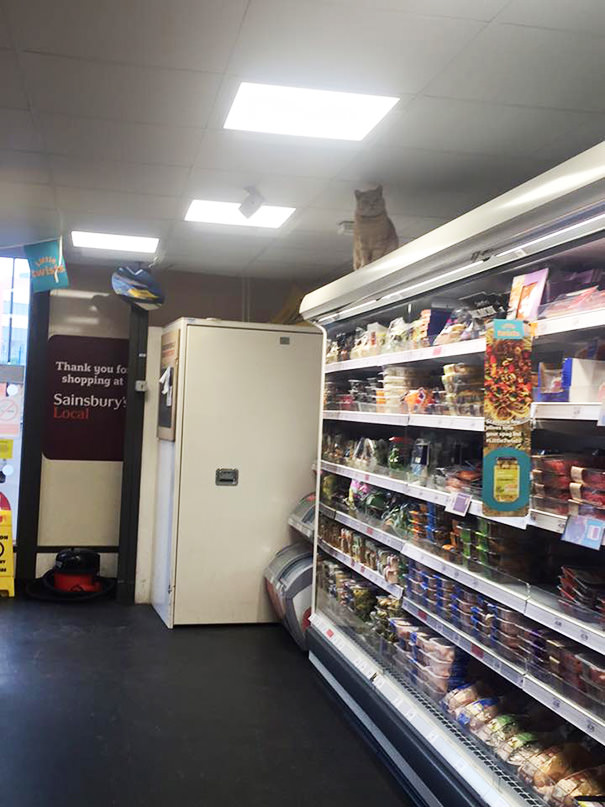 “He’s in here every day, all the time,” – said the store spokesman 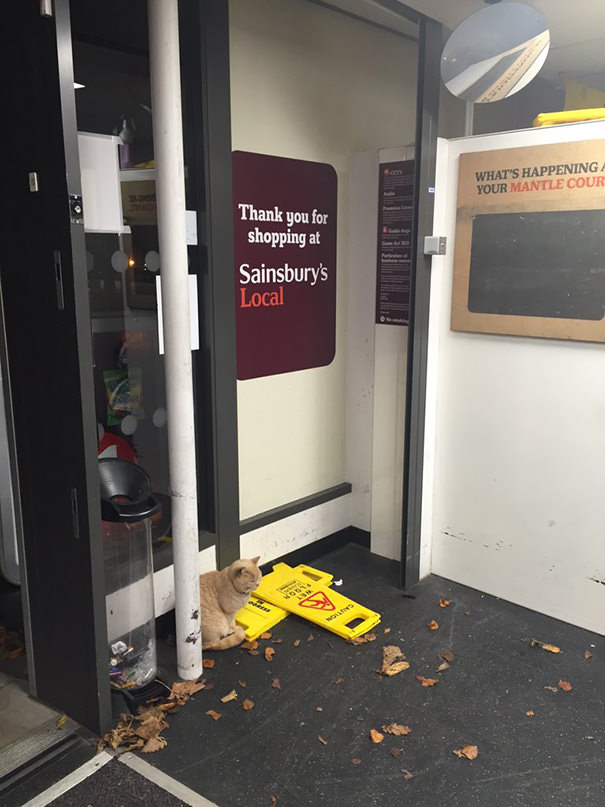 “He’s not allowed to be here, the staff like him, but he is a health and safety risk” 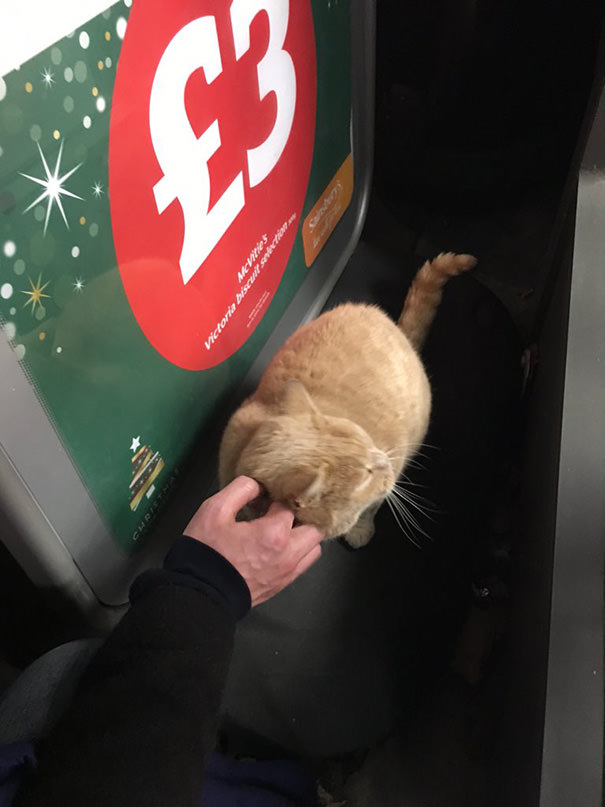 “The cat lives close to shop, 6 years old, had him since he was 6 weeks old, name is Olly Oliver & he has a blue brother,” explained the owner of the cat 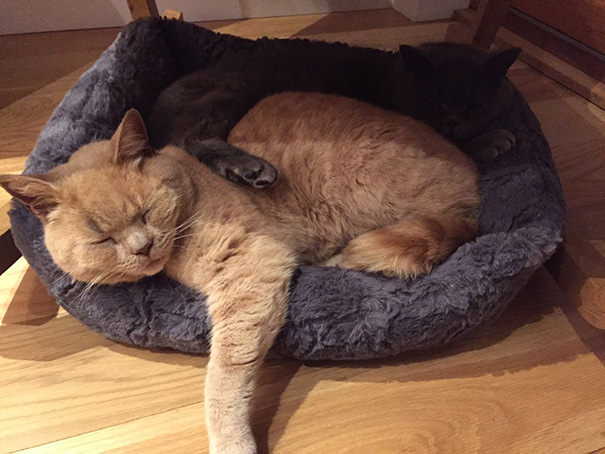 Artist Photoshops Cats Into Food, And The Results Are So Cute (30 New Pics)