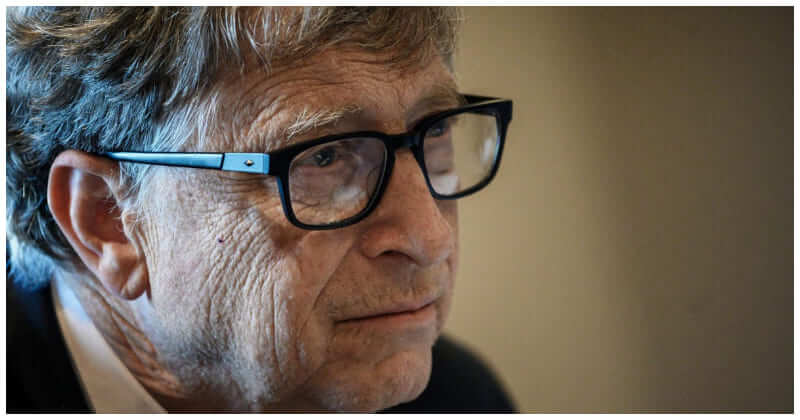 Bill Gates – co-founder of Microsoft is one of the most successful and famous people in the world. Been through ups and downs, but for Gates, there is no more “difficult” or “unusual” year than 2021.

The world’s 4th-richest person (with a fortune of $138.7 billion, according to Forbes) has revealed his struggles — including his shocking divorce from Melinda French Gates — in a year-end post on his Gates Notes blog on Tuesday, December 7.

Bill Gates – usually an optimist – expressed sadness in his long post. He describes 2021 as “Like many people, there were entire days this year when the only human interaction I had was through a screen”. While acknowledging that he wanted to focus on work over the past year, Gates recognized the curiosity surrounding his divorce – which was announced unexpectedly in May after 27 years of marriage – and gives some insight into his feelings since then.

“Melinda and I continue to run our foundation together and have found a good new working rhythm,” writes Gates of the partnership at their nonprofit, the Bill & Melinda Gates Foundation. “But I can’t deny that it’s been a year of great personal sadness for me. Adapting to change is never easy, no matter what it is.”

One of the biggest changes, Gates said, has been the lack of direct interaction for a long time, and describes himself as an “empty-nester” when his two children, Phoebe and Rory, departed. His third child, Jenn, recently married equestrian Nayel Nasser in an event that Gates calls “the highlight of his year.”

Although “the house is a lot quieter without a bunch of teenagers hanging around” and it’s easier to focus on work or reading (his hobby), Gates said he misses spending time with the kids. “It’s a strange and disorienting experience,” Gates wrote. “My personal world has never felt smaller than it did over the last 12 months.”

Concern over the Covid-19

Overall, 2021 is a year of “big transitions” for the 4th-richest person in the world, but that’s not the only matter that he is worrying about. Gates said he spent a lot of time thinking about the long-term effects of the Covid-19 pandemic. What the billionaire concerns about is a fall in trust in public institutions, a trend he partially attributes to a lack of regulation of social media platforms and the spread of misinformation.

“Based on what I’ve seen over the last couple of years, I’m more worried than I’ve ever been about the ability of governments to get big things done,” Gates wrote, adding that he was particularly concerned because governments action needs to be taken on challenges like avoiding a climate catastrophe or preventing the next. Bill Gates – who is writing a book on pandemic preparedness – said the topic was “the biggest and most important thing I’m working on in 2022”.

On a more positive note, Gates expressed optimism and excitement about the technological advances created by the pandemic. These advances, he says, have the potential to revolutionize healthcare, education and office work. The Microsoft co-founder said he expects most work meetings to take place in the metaverse using 3D digital avatars within the next two or three years.

“As unbelievable as it sounds, we’re only starting to see how digitization is going to change our lives,” he wrote. “There is so much potential for technology to create more flexibility and options for people.”

Regarding the Covid-19 pandemic, Gates predicts that the “acute phase” of the pandemic will end “sometime in 2022.” He said that the emerging variant of Omicron could be “concerning,” but “the world is better prepared to tackle potentially bad variants.” Going forward, Gates predicts the community will see occasional outbreaks of disease. However, “new drugs will be able to take care of most cases and hospitals will be able to handle the rest.”

Collection Of Funny Moments When Having An Aries Lover

For over 2000 years, Jews have defied themselves in preserving the top three ways to generate money.

10+ Hilarious And Relatable Memes To Start The Libra Season

Little Secret Items That Zodiac Signs Keep In Their Bag