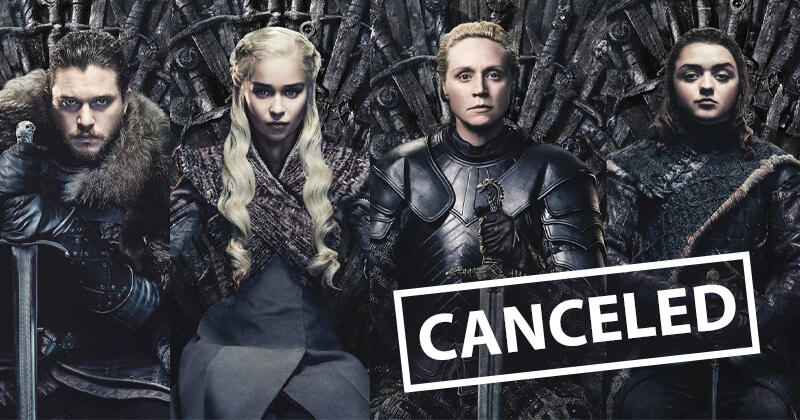 Our beloved franchise – Game of Thrones will return to the small screen next year with House of the Dragon, a spin-off dedicated to the Targaryens of which the first teaser trailer was released a few months ago. It is not the only project related to Game of Thrones though, since recently Steve Conrad was also enlisted as the author and executive producer of Dunk & Egg, the second spin-off that will be based on the collection of short stories of A Knight of the Seven Kingdoms, another literary cycle set in Westeros by George RR Martin.

Moreover, according to other rumors, HBO would also be developing two animated series set in the world of Game of Thrones. Ironically, the project that will not see the light is the very first project that was announced, of which the pilot was made and wasted. Explaining how the single episode cost more than 30 million dollars, WarnerMedia Entertainment’s former Chairman Bob Greenblatt said: “They had spent over $30 million on a Game of Thrones prequel pilot that was in production when I got there. And when I saw a cut of it in a few months after I arrived, I said to (HOB Boss) Casey Bloys, ‘This just doesn’t work and I don’t think it delivers on the promise of the original series.’ And he didn’t disagree, which actually was a relief.”

“So we unfortunately decided to pull the plug on it,” Greenblatt added. “There was enormous pressure to get it right and I don’t think that would have worked.” No official details have ever been released on this Game of Thrones spin-off, but it was supposed to tell the story of “the world’s descent from the Golden Age of Heroes into its darkest hour”, according to HBO’s description.

Jane Goldman was chosen for the screenplay and S. J. Clarkson for the control room. As for the cast, the film crew had already hired Naomi Watts.

House of the Dragon, a spin-off that was steadily confirmed as mentioned, will arrive on the small screen in 2022.