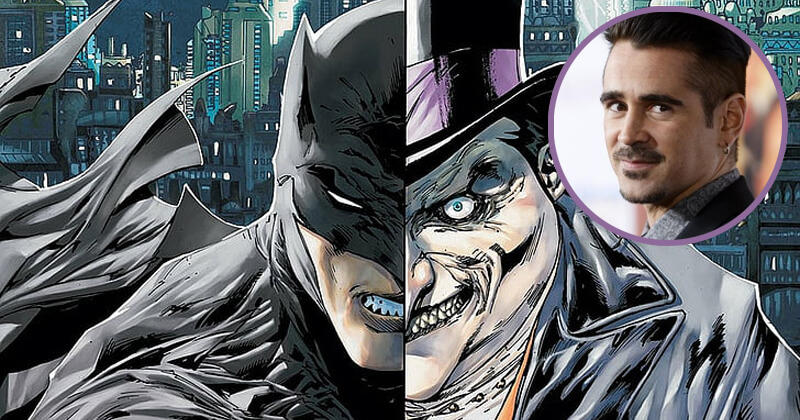 As we have known for some time, the highly awaited The Batman is coming to the big screen in March and soon, we will be able to see a brand new version of Oswald Cobblepot, better known as “The Penguin”. In the new Earth-Two universe in which the movie will be set, it is Colin Farrell who lends the face to the iconic crime lord of Gotham. In the two trailers of the film released so far, the actor’s presence – which is quite unrecognizable due to painstaking work of make-up and prosthetics – immediately captured the attention of fans and aroused a lot of curiosity. Warner Bros., to make sure this project could be as successful as possible, has already set up a spinoff series developed by HBO Max that is dedicated to this famous character. Colin Farrell, therefore, seems to be destined to be The Penguin for a long time.

A few hours ago, Variety has reported that the actor has already officially signed to return to the series in the role of an antagonist and is also credited as a producer. According to other news from this magazine in recent months, the series is expected to show the rise of Oswald Cobblepot to the top of the Gotham Underworld. In The Batman, we will see Cobblepot launching towards power, but he is not yet known as The Penguin nor established himself as one of the leading figures of city crime. If this is definitively confirmed, the HBO Max show would serve as a prequel to the film, which sheds light on the background to Cobblepot’s journey.

Accordingly, the screenplay of this show will be written by Lauren Lefranc and produced by Farrell himself, Dylan Clark, and Matt Reeves – director of The Batman. The series dedicated to Oswald Cobblepot would thus be the second spinoff of The Batman developed by HBO Max, in which we will see the new incarnation of the Dark Knight. Previously, there was already a series focusing on the Gotham City Police Department with Joe Barton involved as the designated showrunner. HBO Max and Warner Bros. Television Studios have currently declined to comment on the news of Colin Farrell’s signing.

Last but not least, don’t forget that The Batman will arrive in theaters on March 4, 2022!