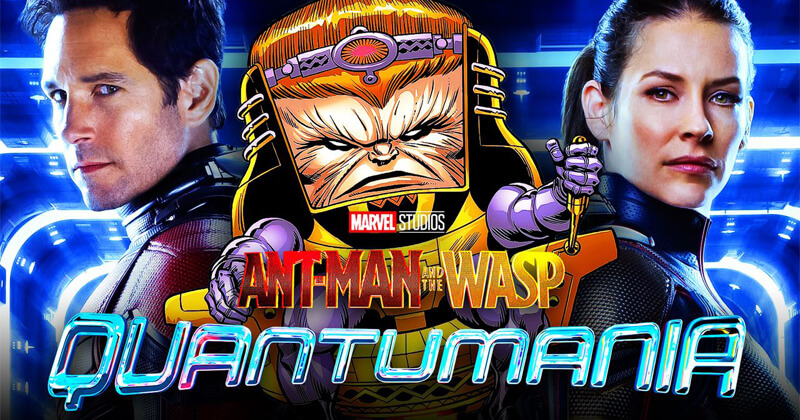 According to a new rumor regarding Ant-Man and the Wasp: Quantumania, this movie is likely to be the live-action debut of one of the most well-known Marvel villains of all time.

As revealed by The Direct, in addition to the film debut of Kang the Conqueror (who is considered the new great villain of this new phase of the MCU), it is rumored MODOK may make his first appearance in the flesh on the big screen as well. MODOK (an acronym for Mental/Mobile/Mechanized Organism Designed Only for Killing) is a bizarre historical character from Marvel Comics who is basically represented as a huge head with tiny arms and legs. Created within the organization known as A.I.M., MODOK quickly distanced himself from them and became one of the most powerful villains in the Marvel universe, fueled by an almost unprecedented mental capacity.

Recently, this character has become the protagonist of the same-name animated series streaming on Disney+. In the show, he is placed in a sit-com context, and such an approach would be difficult to maintain in a live-action version. In Ant-Man and the Wasp: Quantumania, we soon will meet Paul Rudd and Evangeline Lilly again as Ant-Man and Hope Pym, along with Michael Douglas as Hank Pym and Michelle Pfeiffer as Janet Van Dyne. In addition to the unexpected presence of Bill Murray in a not-yet-revealed role, the new arrivals in the cast will include Jonathan Majors in the role of Kang the Conqueror and Kathryn Newton in the role of Cassie Lang.

The screenplay will be written by Jeff Loveness, (former screenwriter of Rick & Morty) and directed by Peyton Reed as the previous parts. Nothing is known about the plot of the film yet, although some important spoilers may have been inadvertently mentioning Evangeline Lily in recent months. The movie is currently filming at London’s Pinewood Studios with extensive use of StageCraft technology, which saw its first large-scale use in The Mandalorian (2019) and involves the use on the set of huge ultra-high-definition LED screens, on which the settings of the scenes to be shot are projected in real-time, resulting in considerable savings on the preparation of the sets and post-production interventions.

Ant-Man and the Wasp: Quantumania will hit theaters on February 17, 2023.

17 Favorite Celebrities Get Photoshopped As Ordinary People In Indonesia