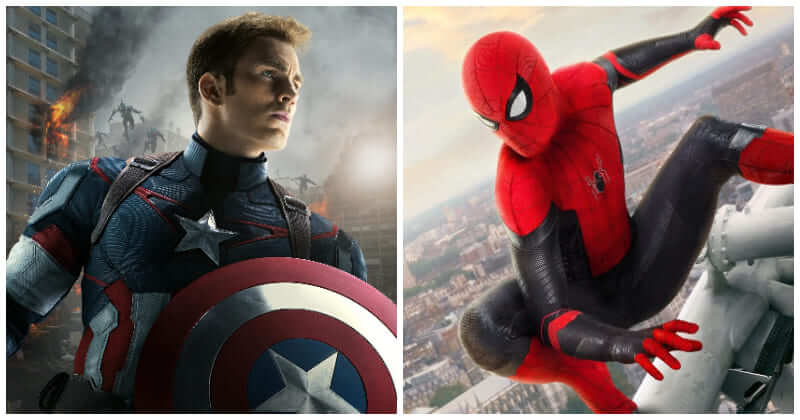 Comic stories rely on vibrant colors, fast-paced combat, and fantastic outfits. The costume of a hero or an antagonist could reveal a lot about them. We understand that the design and artwork that go into creating our favorite comic characters are an art form. Similarly, costume designers who create practical, functional creations from their visions are an art form in their very own sense.
However, to transfer those ideas, and character traits into real-life appearance is definitely not an easy job. The costume has to be just right, too vivid and the movie looks like it’s for kids, too different from the comics then the hardcore fans will be furious. Fortunately, thanks to amazing designers who make stunning designs with their minds and sewing machines, the Marvel cinematic universe has done it flawlessly. The finest Marvel costume adaptations and amazing costumes from Marvel movies and TV series are listed here.

#1 Magneto — Days Of Future Past Magneto was given a more classic comic appearance at the end of X-Men: First Class. Because Days of Future Past sets up a decade later, that appearance would not have gone down quite well in the 1970s. In this, though, we have an amazing Magneto design that uses the appropriate shade of purple and references to his appearance in the Eve of Destruction comic series. Most about this attire are solid. Everything — the color, the material, the proportions, the eyes — is perfect. The ideal recreation of one of the most memorable outfits of all time. Perhaps the coolest feature about Spider-Man 3 was how fantastic and precise Sandman appeared, particularly in comparison to the comics. The shirt, the way he moved in it, and the awful brown pants. 24fps Ditko art. A difficult villain to comprehend in the comics somehow transferred even better in reality. Octavius came alive thanks to distinctive tentacles and scientific outfits, tentacle positioning, and goggles. Tethered to the chest is a powerful bullet/stake-proof armor. Red hints here and there. Down to the ground in a heavy-duty duster coat. Superb sunglasses. The finest Blade outfit we’re likely to see on film.

#6 Gamora — Guardians Of The Galaxy Gamora, like Star-Lord, has had several different appearances over the decades that it was best to start from fresh, use vital aspects, and build something unique. And she came out fantastic and iconic. The S.H.I.E.L.D’s uniform is incredibly famous, dating back to the 1970s. If you’ve ever wondered how it might translate in comics or movies, go no further than one of the tops of S.H.I.E.L.D. (in both comics and movies), who wears the look beautifully. It benefits when the new comic counterpart is based on an actual man and has a similar appearance. So, when the costume designers dressed Samuel L Jackson up as Nick Fury, he looked like he stepped right out of the covers of The Ultimates.

#9 Star-Lord — Guardians Of The Galaxy One of those unusual “take the character’s concept and tossed a lot away” instances that worked out. Star-Lord has had a variety of looks over the years, none of which have been constant. So, they took the character’s charisma and the vibe of the universe they were developing, added the necessary pieces, and created an avatar. This one is for the CG clothing artists who finally discovered the perfect shade and design of purple shorts to avoid looking silly while still paying homage to the comics. Banner’s entire purple pant was spectacular, as well as sneaky. They intelligently put Scarlett Johansson in a more tactical but still form-fitting style that works wonderfully, minimizing the one-piece bodysuit appearance that her comic book equivalent occasionally takes on. Marvel Studios usually figures out a way to keep loyal to the original comic-book designs while upgrading each suit to be more strategic and credible in today’s reality. Ant-Man’s outfit is no exception. Green mischievous god with massive gold horns and elegant metal detailing on his clothing. This transfer from the virtual to reality was magical. It was just astounding to see a true god on film with a scarlet cloak, metallic sleeves, and big chest orbs. One of the most contemporary and impressive outfits seen in cinema. Buck Barnes comes costumed like this to wreak havoc on his old buddy, and it’s right out of a comic book. His comic-book S.H.I.E.L.D. costume mixes in nicely with the reality. This does not appear out of place in our world. A refreshing difference from the tricky stars and stripes costume, which never looks entirely right in 3-D. Doctor Strange’s costume crew worked exceedingly hard to get the intricacies of the suit just perfect. The cloak alone takes 5 days to complete in its final form. Every variation of the Iron Man suit is not only extremely amazing but also realistic. We are all in love with a flying, laser-firing, human-piloted bodysuit for 5 films now. Following the flop that was Wade Wilson’s cameo in X-Men Origins: Wolverine, the standalone Deadpool film set out to stay true to Marvel’s most hilarious maniac. Not only did Deadpool smash the fourth wall and speak sarcastically like Wade Wilson, but he also wore a startlingly comic-accurate outfit replete with lively digital eye movement.