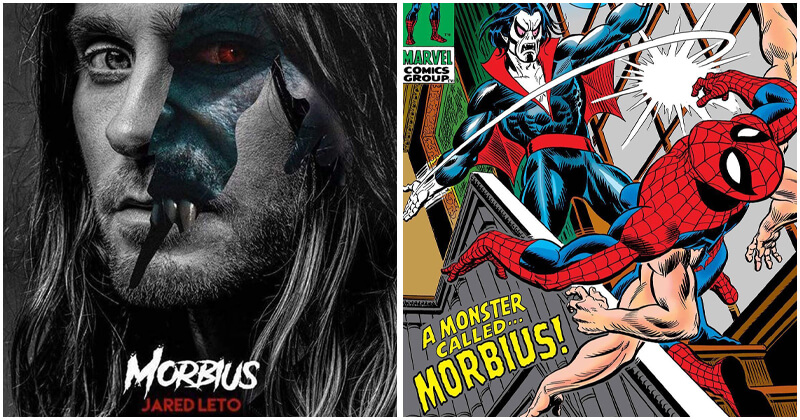 Jared Leto seems to have made a pretty strong insinuation about the likely future arrival of the Sinister Six in the Marvel Cinematic Universe! Accordingly, during the Comic Con Experience in Sao Paulo recently, a lot of materials relating to Sony and Marvel projects have been shown, including a video recorded by the Morbius star himself hinting at the multiversal. “If you’ve seen the last Spider-Man: No Way Home trailer, you know the multiverse has officially opened,” he said. “There are all kinds of opportunities for villains to meet up and maybe nurture their more sinister intents.”

Earlier this year, Sony Pictures’ president Sanford Panitch also confirmed that the studio already had a plan to continue exploiting crossovers with other franchises, which would be clearer once Spider-Man: No Way Home hit theaters.

“There actually is a plan,” Panitch shared in an interview with Variety. “I think now maybe it’s getting a little more clear for people where we’re headed and I think when No Way Home comes out, even more will be revealed.” To date, the only connection between Marvel Studios’ Marvel Cinematic Universe and Sony Pictures’ Spider-Man Universe is the post-credits scene from Venom: Let There Be Carnage. Here we see Eddie Brock and the symbiote being teleported directly into the MCU, which is possibly a consequence of the spell cast by Doctor Strange in the No Way Home trailer.

However, it seems unlikely that Venom at present will be able to enter any formation of the Sinister Six. In Spider-Man: No Way Home, we will see a large group of villains including Dr. Otto Octavius (Alfred Molina), Electro (Jamie Foxx), Sandman (Thomas Haden Church), Lizard (Rhys Ifans) and Green Goblin (Willem Dafoe). So, with five villains confirmed, we can imagine that the position of the sixth member of the Sinister Six could probably go to Jared Leto with his Morbius, since the homonymous movie will be released soon. Based on the same-name character of the Marvel comic book created by Roy Thomas and Gil Kane in 1971, Morbius was directed by Daniel Espinosa, written by Matt Sazama and Burk Sharpless, and produced by Avi Arad, Matt Tolmach and Lucas Foster. The film is expected to hit theaters at the end of January.

10+ Times Owners Wanted Cats And Dogs To Live Together, But It Didn’t Work Out As Planned

Rescued Fox Has Formed The Most Adorable Friendship With Rescued Dog

What A Sweet Rescue! Cyclist Saves Abandoned Puppies And Takes Them To Safety In His Shirt