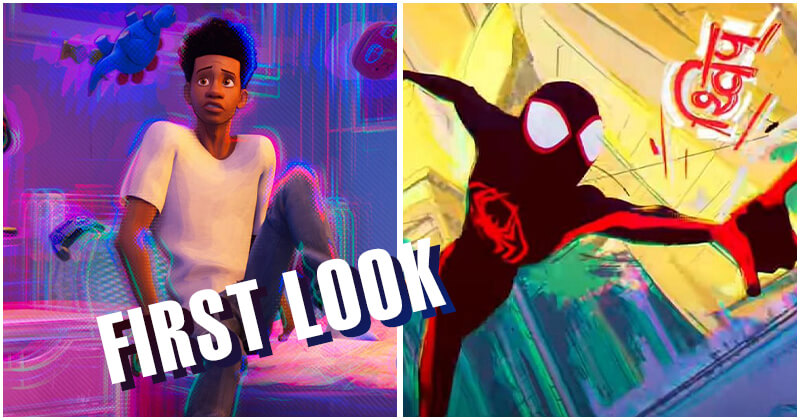 This time, Phil Lord and Chris Miller continue to expand the Spider-Verse with Miles Morale as the main character. The two producers explained that when they sat down to think about Miles’ story, they realized they had plenty of ideas and they simply could not fit them all into a single movie.

“Miles’ story is an epic,” the duo told EW. “We wrote what we thought the story needed to be, and to our surprise we realized it was two movies instead of one. We’re working on them both as we speak. Part Two will be out sometime in 2023. We will sleep again in 2024.” Spider-Man Across the Spider-Verse’s first clip shows a scene from the film that takes up the finale of its prequel, with Miles and Gwen meet again, probably for the first time since the events of Spider-Man: Into the Spider-Verse.

Notably, Gwen appears with a bracelet on her wrist, which could probably be a device that allows the characters to travel to the Multiverse or, more specifically, to the Spider-Verse, in a very similar way to what we have already seen in the first film and also in the original comic book written by Dan Slott. According to the clip, this bracelet will have a fundamental role in the storyline. It’s safe to say that this movie seems to have maintained the same style and the same freshness that helped Into the Spider-Verse become a real cornerstone of the animation industry. It also seems that a lot of time has passed since the events of the first film, because both Gwen and Miles look pretty grown up here.

Let’s take a look at the first trailer for Spider-Man: Across the Spider-Verse (Part One)!

Spider-Man: Across the Spider-Verse (Part One) is scheduled to hit theaters on October 7, 2022.