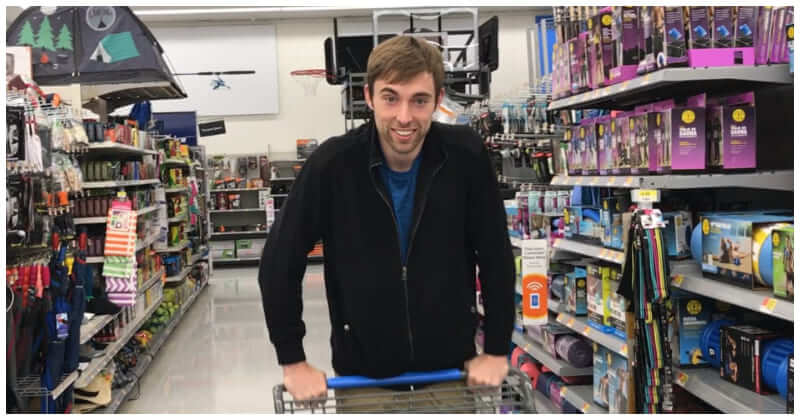 Making millions of dollars by choosing goods at Walmart or Target supermarkets, then reselling on Amazon seems quite easy.

That’s exactly what Ryan Grant, 30,  has been doing. Less than 6 years since quitting his accounting job in Minneapolis to switch to a full-time “shopping” job, Ryan’s team now has 10 employees and six-figure profits a year. In 2018, their revenue reached nearly 6 million USD.

That money comes from Grant buying everything from toys to home appliances that are sold at retailers like Target and Walmart, and then reselling them on e-commerce platforms.

According to Grant, most of the revenue comes from Amazon, with the rest from sales on eBay, Jet.com and a number of other websites.

Sharing about his past job, Grant said: “Very early on, I realized this was not the path I wanted to pursue. That experience really made me look for other options. I started learning about other ways so I can quit my job and have my own schedule and time.” When he was a student at Winona State University, Grant organized textbook buyback events at the school twice a year. He then sold those books on Amazon, sending them to customers across the US, earning $10,000 a year.

The process is pretty simple: Grant used the Amazon Seller app, knowing exactly how much he can get out of each book and within what timeframe. However, processing and packaging each order is quite time consuming.

Realizing that weakness, Grant switched to using Amazon’s package logistics service. He can ship books in bulk at a UPS discount to an Amazon warehouse, where the retailer processed and shipped each order for a fee. As a result, Grant’s order management has improved in both process and time.

…To bartering toys and home products

After work, on weekends, Grant walked around Walmarts, scanning images of several products using Amazon’s app. He bought toys, games and home products that he realized he could make a profit from reselling.

The products he sold all became “best sellers” in the first place, from vacuum cleaners, to Barbie dolls, LEGO and stainless steel utensils. When Grant’s apartment was filled with boxes of goods, he had to rent a 70-square-meter warehouse in the spring of 2014. The young entrepreneur said: “Basically, this job covered my life, because the goods piled up even when I was home.”

After spending 30 hours buying and 15 hours processing orders each week, Grant felt overwhelmed and hired a friend as an employee.

Finally, choosing to buy and sell to get the price difference has become easier for Grant and his associates. They realize that the holidays are an important factor. For example, they can buy discounted candy after Halloween and Christmas decorations for half the price around New Year.

Grant laughs and shares: “Believe it or not, there are customers who buy those ‘out-of-season’ items.” However, he was still surprised at the speed of this business development.

The sales kept going up

While it earned a revenue of about 3-5000 USD/month in the first time, only 4 years later, the number has increased to more than 200,000 USD/month.

In July 2017, Grant had to move the warehouse to a place with an area 5 times larger than the old location. After that, Grant’s sales continued to grow, and in 2019 the revenue reached $8.5 million, nearly 45% higher than last year. Over the past few years, the biggest growth aspect has been wholesale, says Grant. He and his staff buy a wide range of products directly from brands or manufacturers, before being sold online. By partnering with brands and manufacturers to sell products online, Grant’s business has grown faster.

Although he did not disclose the exact, but Grant said he earns about 6 figures a year. Their profits are often used for reinvestment. Even now Grant only receives about $90,000 from a base salary of $150,000/year.

Partly because Grant has assigned more work to employees to make the work schedule somewhat more flexible. However, he still wants to put more effort into the business.

Of course, Grant and his team also encountered some problems in the process of doing business. For example, they lost $6,000 when a faulty dog ​​nail clipper caused their Amazon account to be suspended. In addition, they also had to pay fees that Amazon imposes on products failed to sell and stored idly in Amazon’s warehouses.

Now, Grant spends more time sharing business experiences. He advises and teaches classes on e-commerce business through his website. He hopes to be able to support some people who are just like him: bored with work and finding independence in a new job.

Explore 15 Funny Moments Of A Libra After A Breakup

Aquarius: The Cool Weirdos With The Weird Reactions, Revealing In 15 Memes

Shelter Dog Hugs News Reporter Until He Decides To Adopt Her

Best Collection Of Things That Scares A Cancer The Most

Hilarious Ways That 12 Zodiac Signs React To “I Hate You

15 Memes Of Sagittarius At Their Worst Sides