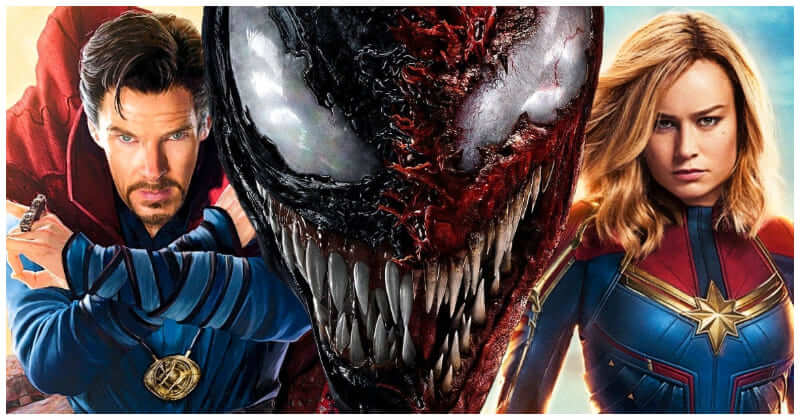 The follow-up to 2018’s Venom is officially out, and the ratings are even better this time around. “Venom: Let There Be Carnage” had a record-breaking weekend, surpassing pandemic-era movie office records of approximately $90 million. Furthermore, the movie contains a post-credits moment that will alter our perception of the “Venom” saga and future Marvel productions. The Venom vs. Spider-Man crossover looks more imminent than ever because of Venom: Let There Be Carnage, and director Andy Serkis appears to be setting the stage for it. Unlike other Marvel post-credits scenes, the one at the ending of Venom: Let There Be Carnage—the newest chapter in Sony’s Spider-Man-centric film franchise foretells what occurs next in the saga. Instead, it pushes us to wonder, “What is happening right now?”

#1 So, What is happening in the post-credit? After the development of the movie, Eddie Brock (Tom Hardy) and his Venom sidekick flee to an undisclosed island to hide from government and enforcement. After the very first set of credits, we discover Eddie lying on a bed at a motel, which appears to be a building in New Orleans rather than the previously described island. Venom, the alien symbiote who communicates with Eddie through his thoughts, informs Eddie that he has seen many things in his lifetimes, spanning different planets, civilizations, and galaxies. As a result, Venom offers Eddie if he wishes a taste of his wisdom. Eddie agrees. Then, there is a huge blackout. The atmosphere changes from night today. The apartment is also tidy. On the monitor, we see J Jonah Jameson, a journalist in the Spider-Man world, reporting on Peter Parker’s status as Spider-Man. The display then reveals a photograph of Parker (Tom Holland). As he licks the television, Venom whispers, “That guy.”

#2 What does it mean for Venom? The post-credit clip establishes that Tom Hardy’s Venom identity (who appears in Sony-owned movies) is linked to Tom Holland’s Spider-Man character (who features in Disney-owned Marvel pictures).
There seems to be, in fact, a backstory behind this: Many Spider-Man characters, including Spider-Man, Venom, and others, are owned by Sony. However, Sony and Disney struck an agreement for Spider-Man to feature in Marvel Cinematic Universe years ago. However, the teasers for “Spider-Man: No Way Home” suggest that characters from other dimensions will appear in the MCU as well. As a result, the “Venom: Let There Be Carnage” post-credits sequence suggests that Eddie Brock, as portrayed by Tom Hardy, might appear in “Spider-Man: No Way Home.” He may not be the main antagonist of the movie, but he may play a cameo role at some point. In fact, “Venom” director Andy Serkis claimed that Holland’s Spider-Man was nearly directly engaged in the Venom sequel.

#3 The impact on Marvel Cinematic Universe One thing we, as casual audiences, can take away from Venom: Let There Be Carnage’s post-credits moment would be that, as the many Marvel worlds continue to develop, they’re all starting to seem related, regardless of which company is behind them. Soon or later, with the multiverse development, we can expect many types of crossovers from all kinds of superheroes studio. Who knows, one day we get to see The Avenger fight side by side with DCEU’s The Justice League.